Kerry International Film Festival is delighted to announce that actor Jessie Buckley is the recipient of this year’s Maureen O’ Hara award. The Killarney native will be accepting the accolade in October 2020 in celebration of her exceptional work in both film and the arts. The much-coveted award is offered exclusively to women who have excelled in film and KIFF are privileged to be presenting the award to Jessie Buckley on what would have been Maureen O’ Hara’s centenary year.

Taking place 15 – 18 October 2020, KIFF is a well-established festival that celebrates shorts, features, live film scores, emerging film talent and industry events. The core event of the festival will be held online in partnership with streaming platform Shift72 and, depending on Government guidelines, the festival also aims to host a physical element the event in partnership with the newly re-opened Cinema Killarney.

In keeping with their new format, KIFF will be presenting the Maureen O’ Hara award to Jessie Buckley via an online interview which will be available on the website and additional social media platforms throughout the festival. There are also plans to host a physical presentation in the future (tbc). 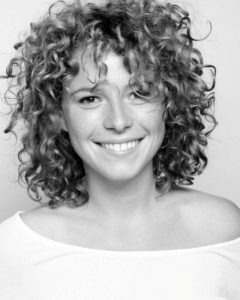 Upon receiving the KIFF 2020 Maureen O’ Hara award, Jessie Buckley said: ‘It means so much, when your own people and own country get behind you like this and say you’re doing alright kid, that means a lot.’

The festival has had an incredibly positive response to its call for film submissions earlier this year and they will announce their 2020 program in the coming weeks. The program will present a diverse selection of films and documentaries for all ages and genres and will also include a promising new selection of Kerry Short films not to be missed.

In these uncertain times, KIFF is grateful to be able to present a festival that challenges them to incorporate a digital element into their festival and they are immensely grateful to their key funding partners and supporters, including The Arts Council, Kerry County Council, Irish Film & Television Awards, KETB, Creative Ireland Kerry and to all local sponsors, supporters and businesses. KIFF would love for local businesses to come on board in support of this homegrown dynamic and expanding festival and they will be showcasing festival partnership opportunities locally in the lead in to the event.

Thats Perfect – The Perfect Mask For Every Occasion