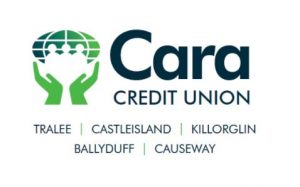 Cara Credit Union has been approved to participate in the Government’s new Brexit Impact Loan Scheme (BILS) for Irish businesses, which is run by the State-owned Strategic Banking Corporation of Ireland (SBCI).

Cara Credit Union with branches in Tralee, Castleisland, Killorglin, Ballyduff and Causeway , is part of a group of five of large Credit Unions, all members of Metamo, which have been approved to offer loans within the new scheme.

Metamo is a joint venture between 16 of Ireland’s largest Credit Unions and the financial services company FEXCO. It was launched in July 2019, with the aim of supporting Credit Union viability and sustainability through providing an enhanced range of services and helping with support in key areas such as lending, risk management and technology delivery.

Cara Credit Union will be able to offer loans to firms and producers that rely on the UK for at least 15% of their imports or exports. The minimum loan value is €25,000, and the loans will have a term of between one year and six years. The approval decisions for the new loans will be made at local community level by Credit Union staff who know the businesses in their locality and who can access best-in-class support from Metamo’s centre of excellence.

More than half (52%) of Irish SMEs have been impacted by Brexit, according to research published by the Department of Enterprise Trade and Employment (DETE)*. A third of SMEs

said they had postponed business decisions and investment due to Brexit, and food producers and SMEs in the border region have been the most affected.

BILS has been established by the SBCI in partnership with the Department of Enterprise Trade and Employment and the Department of Agriculture, Food, and the Marine, with financial support from the European Investment Bank and European Investment Fund. It aims to grow the Irish SME sector by creating a more competitive and dynamic environment for funding. This is the second time that SBCI has selected Metamo Credit Unions to participate in its loan schemes as in January, seven Metamo members were included in the COVID-19 Credit Guarantee Scheme.

Pa Laide, CEO of Cara Credit Union, said: “ We are delighted to be able to extend our suite of business loans to include the Government’s new Brexit Impact Loan Scheme (BILS). We are now, more than ever, determined to help businesses in our community, without which we simply would not have a community. To this end, we are extending our suite of business loans for all eventualities. If you need some financial support, call us, we are here to help”

Joe O’Toole, Chair of the Metamo Credit Union Group, said: “We are delighted that the Government has approved five Metamo Credit Unions as the first community-based lenders to participate in its new Brexit Impact Loan Scheme. These short to medium-term loans will play a vital role in helping micro, small, and medium enterprises and primary producers to deal with the financial impact of Brexit on their respective businesses. 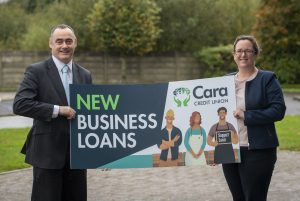 Engagement with this Scheme is another progressive step for Metamo as we continue to expand Credit Union activity in the broader financial services sector. We are no strangers to supporting local businesses; they are our neighbours and friends. We look forward to working with them in our community as we strengthen our robust sustainable relationships with these businesses into the future.”

Alan Kelly, Chief Executive of Metamo said: “Metamo’s participation in this new Loan Scheme is great news for the five Credit Unions selected and for the communities that they serve. This brings to 10 the number of Metamo Credit Unions involved in SBCI Schemes and underscores the huge progress that is being made by the Group. We intend to continue to develop our business lending capabilities with a view to deepening support for our Credit Unions’ members.

Metamo’s model is all about the power of the collective being used to bring greater opportunities for our Credit Unions and for their members. The real winners from today’s announcement are the small businesses that our Credit Unions will help through this new Scheme in locations across Ireland.”

The Metamo Group of 16 Credit Unions have a combined lending base of more than €1 billion. Metamo’s participation in the new BILS is one of several initiatives that the Group is undertaking to further develop its ability to serve the needs of its members and the business community.

During the past two years, Metamo has made significant progress in strengthening the services of its members, including the development of a centre of excellence which will help Credit Unions bring new products and services to their members.