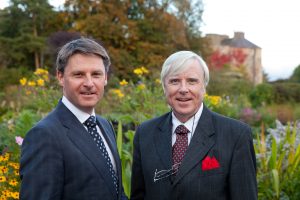 They’re the charismatic brothers who have brought the Kerry hospitality industry well and truly to the fore in recent years, but behind the brilliant business minds of John and Francis Brennan are two extremely down to earth brothers who simply love what they do!

While they may not have grown up together as typical brothers might – with Francis being 13 years older than John – their reunion in the mid ‘90s most certainly led to one of the country’s most successful business and family partnerships.

While John’s memories of childhood with Francis are scant – he was just five years old when Francis was in college – Francis does recall the excitement when ‘baby John’ came home from hospital. Little did he know then, however, that many years later they would become closer than ever.

“After college, I was working in hotels around the country so it was not until John came to work in Park Hotel Kenmare (in 1995) that I realised the bundle of joy was now all grown up… and a bit of a genius,” Francis tells CONNECT.

Instantly the working relationship began to blossom, probably because both have a shared passion for the hospitality industry – a passion that was instilled in them from a very young age.

“The kettle was always on in our house and plenty of visitors to drink it. There was always a cake in the tin and scones coming out of the oven and a story to be told,” Francis explained.” I always had a desire to work in hotels. I loved the excitement and the formality. I had worked in our father’s shop and so I was used to dealing with people and I loved all the meeting and greeting.”

John concurred, saying that while working together was never a pre-planned move, it just happened.

“Our father owned a shop and our mother had a very warm personality. That, and a home that was always welcoming, I suppose, instilled a desire to serve” John said. “I worked in our brother, Damien’s, bar in Sligo since I was 11 so I was dealing with people since an early age. After leaving school, I did a chefs course and then went to work in a hotel in Sligo. We never discussed it as brothers, it all just seemed to happen.” 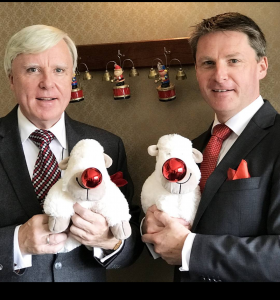 One might imagine that mixing family and business might pose its problems, but not according to John or Francis. It’s crystal clear from speaking to them that they have nothing but respect and admiration for one another.

“We just get on with it like clockwork. We have a great team and our whole focus is about the guest,” Francis says. “Our life revolves around the guest and the guest experience. We are both passionate about that.”

John agrees, adding that each have their own areas of responsibility, which seems to work.

“It is not a formal structure, as it is a small hotel, but we subconsciously know what to do and when something needs discussion,” John tells CONNECT. “What makes the partnership work is a joint desire to deliver a service and experience to our resident guest that is special. It is very simple, but a strong focus that is shared by all.”

But surely there has to be one brother who is bossier, right? It’s the same in every partnership? Funnily enough, they agree on that too!

“I have my moments of being bossy, but it is water off a duck’s back to John,” Francis jokes, with John quickly adding: “Stupid question, of course Francis is the bossiest.”

Joking aside though, the respect that John and Francis have for each other is really admirable….and certainly explains why they gel so well together.

“I would trust John with my life and every action he takes is for the hotel, team and guests,” Francis says of his younger brother. “He is very fair and has a heart of gold. He also has a wicked sense of humour and there is always some devilment at play. Sharing laughter and stories is a great positive attribute.”

John says it’s their brotherly intuition and close bond that makes their partnership such a success:

“The best thing is we both know how each of us thinks and we want the same goal – to run a very good hotel,” he explains. “Francis is a very good person and that is the foundation of his life in hospitality. He looks after people and remembers the small things that make a difference.” 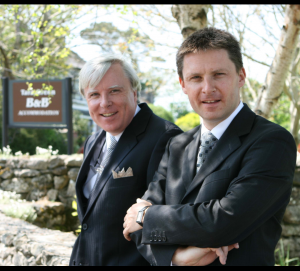 While the Kenmare hoteliers are extremely well known and highly regarded among their industry peers – both running the stunning Park Hotel in Kenmare and John running Dromquina Manor – the brothers shot to fame in a more general sense with their RTE show At You Service. In the show, the pair travel to struggling businesses across the country and offer their expert advice to help get those businesses back on their feet.

Francis explains that when the show was first mooted, producers were looking for just one hotelier to fulfil the brief…but things changed:

“The producers were looking for one hotelier, but they got two. We are lucky as we have the opportunity to travel and pick up trends and ideas from around the world,” he said. “We are always looking at new ideas for the Park and John for Dromquina Manor, so now we can bring ideas to other properties. We can also bring experience, which is a valuable asset in the hospitality industry. Mistakes are awfully expensive,” Francis explained.

John says he was thrilled to become part of the show, which again proved to be a partnership made in hospitality heaven!

“Francis had done a home renovation TV show and RTE liked it. I was then asked to do a screening and it all gelled. The wonderful thing about it is seeing other businesses and what we would do if we owned them,” John explained. “A fresh set of eyes, or two, see things that owners cannot see as they are too close to it. We only ever suggest things we would do ourselves if we owned the business.”

Like everyone in the hospitality industry in 2020, the Brennan brothers certainly weren’t spared the devastating consequences of Covid19 on the sector. It means that for just the second time ever, the Park Hotel in Kenmare won’t open for Christmas. It was a heart-breaking decision to take, but the right one they feel:

“It is so uncertain what level we would be allowed open under and so we had to make a difficult decision not to open for Christmas,” Francis tells Connect. “It is my second Christmas off in 40 years. I don’t know what to do with myself, but I am sure I will get a bit of turkey somewhere.”

Although equally gutted not to be opening this Christmas, John says he is also looking forward to some time at home this year.

“For the second time in 55 years, I will be having Christmas dinner at home this year,” John said. “I’m looking forward to it, but not sure there will be many films left to watch by then.”

Despite the disappointment of Christmas and indeed the significant struggles that come with owning a hotel through a pandemic, the Kenmare hoteliers are very practical about what it
all means. While the consequences have been unprecedented, they are optimistic for the future:

From Big Brother to Big Camp Christmas Chats, Brian Dowling Gourounlian and how he became Ireland’s most popular Podcaster

“Covid is a blip we will have to live with for a while. I have learned a lot during Covid and it gave me time to step back and look at many things in my life. We adapt and move on as we have always done,” Francis says defiantly. “The Government have been particularly good to the hospitality industry. We must listen to the health advice. Being closed is difficult but we cannot risk our team or guests’ health. The government must manage the country and we have to manage our business in good and difficult times.”

John agrees, and says we have to be positive.

“We may have to adapt, but life will and is returning to a worthwhile experience. There are many newly found benefits from Covid and forced time at home. We have learned to walk, take time for ourselves and step back to some extent from the circus,” he said. “There is little you can do when things are out of your control. We just have to make sure we run our business effectively during the closed period and ensure when we do reopen, we have every safeguard in place to make guests comfortable. Covid has hit the world like nothing else in living memory, so we just need to make sure we are the fittest and best when things rebound. We were very lucky on many fronts but after every storm comes better times. So while bruised, we are focused on recovery.” 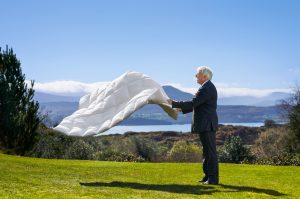 And speaking of being fit and recovering, John Brennan tells CONNECT that he is feeling great, having only recently spoken publically about his 2011 diagnosis with non-Hodgkin’s Lymphoma, an incurable cancer. His positive attitude is inspiring and he insists that he is luckier than many:

“I am fine, thankfully, and working away as normal. There is no benefit in worrying or getting depressed over it,” John says, defiant as ever. “I am 100% healthier than many and I do not have to restrict the way I live at all, so there is no problem. Physical and mental disability would be so much worse, so I have much to be thankful for.”

Asked how he feels about his younger brother’s diagnosis and indeed his amazing attitude, it is obvious how much Francis admires him.

“He has been fantastic and more anxious about not worrying people than himself. I was worried when I heard initially, but he has been so strong and great credit must be given to his wife Gwen and children Adam and Ruth. They are the rock at home and that is so important,” Francis says.

It’s more than obvious that both John and Francis Brennan are very happy with their lot – but if they had a magic wand, what would they wish for?

“Time,” Francis says immediately. “Even in a pandemic, I am busy from books, to my collection in Dunnes Stores and At Your Service.”

He’d also wish for good health for everyone, saying that he knows from family, team and his guests that ‘your health is your wealth.’ Finally, Francis said he would wish for peace, adding that there is so much anger in the world right now.

John also has a wish list, which, unsurprisingly, revolves around tourism:

“Time to cruise the Baltic and Med on my boat during the summer,” is top of the list, he says, followed by investing in an iconic attraction for Kerry and drive marine tourism for Ireland.

“We have such a majestic coast that is totally ignored by the Department of the Marine,” he says.

“Until then, however, both John and Francis will continue to work diligently behind the scenes to ensure that the ultimate guest experience awaits as soon as they are allowed to reopen.”

Food and Dining, Health and Wellness