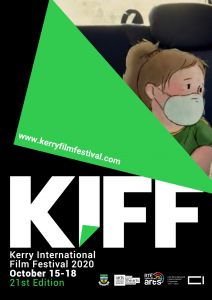 In keeping with current Government guidelines surrounding Coivd19 and to maintain the safety of KIFF audiences everywhere, the festival recently opted to present an exclusively online event in 2020. Movie enthusiasts everywhere can log on to www.kerryfilmfestival.com from 9th October and pre book tickets for KIFF 2020 which will take place 15 – 18 October.

Speaking at the launch today, festival programmer Eibh Collins said, ‘We are clearly gutted that we are not able to meet all the filmmakers in the foyer of Cinema Killarney this year to share in the excitement of showcasing their work or to see the return of the loyal faces who have supported the festival over the past 21 years. However, I am extremely proud of the robust KIFF team for assembling such a strong event and grateful to the people of Kerry for their ongoing support during these challenging times. I am also so indebted to all the filmmakers, artists and creatives for having the guts to jump into the deep end of the unknown online festival world, just to be able to keep our film industry moving forward and our audiences entertained.’

Some of the highlights in this year’s programme include three low-budget directorial debuts from independent Irish filmmakers; Chris Aylmer (Go Get Davey), Allan El Atrash (Thursday’s Child) and Adam William Cahill (Follow the Dead). Alongside a selection of new work, we also look back and celebrate the 15 – year anniversary of Perry Ogden’s Pavee Lackeen, paired with Ciara Nic Chormaic’s Skin + Soul, which covers the work of Perry as a filmmaker and photographer. Both filmmakers will join us for a pre-recorded discussion about their work.

We also have a host of exciting Irish and International Documentaries, including Making Waves: The Art of Cinematic Sound, Directed by veteran Hollywood sound editor Midge Costin. This documentary will be followed by a Making Waves in Irish Sound Design Panel and discussion. In other workshops we are excited to work with Kerry’s Filmmaker in Residence Mieke Vanmechelen on a tailored screening of Un Film Dramatique and workshop specifically for young film enthusiasts in Kerry. 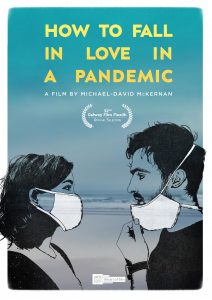 The KIFF 2020 programme includes a vast selection of other panels aimed at new and established short filmmakers, covering the “How To’ of marketing and promoting a short film online. This will also include a talk from one of Hollywood’s leading Public Relations agencies, Joshua Jason PR, who will present a case study on the ‘Path to the Academy Awards’.

In other short film content, we are excited to share a selection of over eighty shorts during the festival. While we are delighted to welcome returning work from KIFF veteran filmmakers and familiar faces, we also have an extremely exciting selection of skilled directing debuts from the future of Irish filmmaking. One of the most exciting elements of an online festival is our NON-geo blocked programme of short films, that will be shared with KIFF partnering festivals and International Irish Festivals, making sure the wealth of Irish talent and culture can continue to travel far and wide, even if we, the people, cannot. Lastly, our short films selection also sees the return of the Kerry Connection Best Short Film Competition and the Shorts for Shorties: Kids Animation Selection, among other highlights. 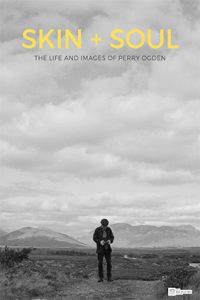 We are also thrilled to be able to pair up with Dublin FeminIst Film Festival. Like many other arts organisations DFFF had to cancel their 2020 plans, so we are honoured to be able to support  them by screening a selection of six short films, including new work from Megan K Fox as well as three exciting features, Nia DaCosta’s Crossing the Line, Áine Stapleton’s Horrible Creatures & Vivienne Dick’s New York Our Time.

While we can not all be together physically at this time, the KIFF team will still provide selected filmmakers with as much as time and support as possible, including giving them an opportunity to talk about their work. Hence, more panels, Q&A’s, and talks will be announced over the coming two weeks.

In the lead up to the festival, we will be sharing our Jessie Buckley Interview: The Maureen O’Hara Award recipient 2020 – In conversation with Esther McCarthy. This will be free to view anytime from Friday, 9th October. Meanwhile, a selection of our 2019 Irish Winning films will be available to view on our platform from Friday 2nd – 9th October, including last year’s hit Documentary Kilimanjaro Mama about Kerry Teacher Louise Quill.

Ballygarry House Hotel Ranks in Irelands Top 10 Hotels for their sixth year in a row.

KIFF continues to strive to be as inclusive and accessible as possible and in support of this aspect of the festival, we have several open and close caption options, as well as audio description titles and subtitled Q&A and talks where possible.

Upon pre-booking tickets from Friday 9th of October, screening will not be available to watch until the scheduled time and date. Once rented audiences will have from the scheduled screening time until Monday 19th of October to watch their selected title(s), with the playback window of 36 hours. Prices start at €5 and competitively priced ticket bundles and season tickets are available.

For details on these screenings and more, please go to W: www.kerryfilmfestival.com