Connect Kerry are delighted to announce the exciting new sponsor partnership between The Kerry International Film Festival and Kerry Airport. Running for the 22nd year, the festival will take place on October 14th-17th 2021. The acquisition of such a prestigious sponsor has provided a huge boost for the film festival. As both KIFF and Kerry Airport consciously work to promote Co. Kerry, there is a natural synergy with this new partnership. Kerry Airport has played an important role by linking the Southwest of Ireland internationally in recent years, allowing quick and convenient connections between Kerry and Dublin, Frankfurt and London. This has made international business more accessible than ever before for the people of Kerry. A common goal of both Kerry Airport and KIFF is the promotion of Kerry on a global scale which makes this new partnership a perfect match.

Speaking to KIFF Board Chairperson, Grace O’ Donnell said
“The team at KIFF are very excited about the collaboration with Kerry County Airport. We see this as a natural progressive partnership. For most of our visitors to the festival, stepping off the plane at Kerry Airport is their first taste of Kerry. Kerry Airport is the gateway to Kerry and we feel KIFF is the gateway to film in the County. We look forward to working with CEO of Kerry Airport John Mulhern along with his team at the airport to make KIFF one of the most important film festivals in the World and to continuously support Kerry as a destination.” 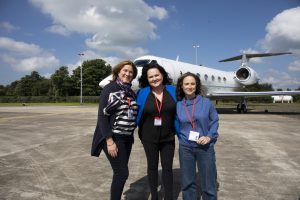 Echoing the sentiments of Grace O’ Donnell was CEO of Kerry Airport, John Mulhern. Speaking to Connect earlier this week he said “The Kerry International Film Festival is a highlight of any calendar. The benevolent and lasting relationship between the arts and County Kerry is one which is acclaimed all over the globe. In particular, the film industry. Remember when Jimmy Stewarts’ Charles Lindbergh finally spots land, Skellig Michael and the Iveragh Peninsula, a historic event in aviation and experienced by us all through the wonders of Film. Thus, how could Kerry Airport resist the opportunity to partner with KIFF and with them celebrate both renowned and emerging talent in their craft. We look forward to October with much anticipation”.

The festival has a great team behind it with high profile and influencial Board members to help put the spotlight on Kerry over the coming years and encourage filmmakers to come to Kerry. Áine Moriarty, who is a Kerry native, is the CEO of the Irish Film & Television Academy (IFTA) and is a proactive KIFF Board member. Speaking about the partnership she said “We have a wealth of creative talent here in Kerry and we want to ensure that they have every opportunity to grow and succeed internationally. The filmmaking industry in Ireland has become an important business for the Irish economy, KIFF and Kerry Airport can together showcase the filmmaking talent and stunning scenery our wonderful country has to offer.

An advocate of bringing film making to Ireland is renowned script writer and Kerry native, Ailbhe Keogan. Ailbhe’s latest script Joyride was filmed in Kerry this summer and features Oscar winning actress Olivia Coleman. Ailbhe was instrumental in bringing the filming Joyride to Co. Kerry. This brought significant media attention and provided a welcome boost to the local economy.

Ailbhe is also a KIFF board member, speaking about the partnership she said “Personally, as a film-maker, I’ve been grateful to Kerry Airport for many years now. I’ve travelled abroad to make important connections and brought these collaborators home to Kerry. Partnering with Kerry Airport enables KIFF to do likewise; to make meaningful connections with an international film community so that we can offer the richest festival we can”. 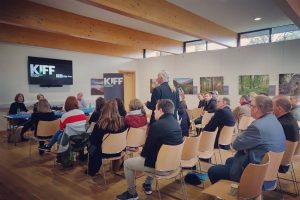 To celebrate this new collaboration, KIFF have introduced The Kerry Airport Take Flight Award. One of the most important driving forces behind KIFF is supporting emerging talent and the Kerry Airport Take Flight Award will play a vital role in helping the Festival to deliver on this front. This award will recognise up and coming new talent in the film industry, something that is sure to compliment the already widely established Maureen O’ Hara award. The Maureen O’Hara award is exclusively awarded to women who have excelled in the film industry, with recipients such as Juliette Binoche, Saoirse Ronan and Jessie Buckley.

One of the most anticipated moments of the festival is its unique offering of live score screenings. Set in stunning surroundings it gives the audience an unrivalled experience, something of which KIFF has become well known for. Encouraging involvement in the festival from all members of the community, school children have been invited along in previous years to a mid-morning screening, an act sure to encourage the love of film from an early age.

The Rise and Rise of Marissa Carter 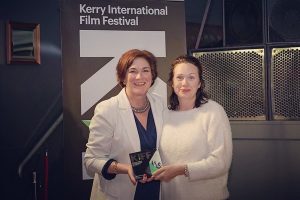 Head of Programming for KIFF, Eibh Collins said ‘This year we have seen an unprecedented number of films entered, the highest in the festivals history, and we are still accepting feature length submissions for another two weeks! It is fantastic to see that filmmakers are still creating work and are excited to share it with us, especially after such a difficult time for the arts both nationally and internationally. I think after such a successful online festival last year; filmmakers trust us with their work even during these rocky times. This is a real honour and testament to quality festival and loyalty of our audience. This year will see further change as KIFF aims to provide both an online and a physical event to the festival, government permitting.’ 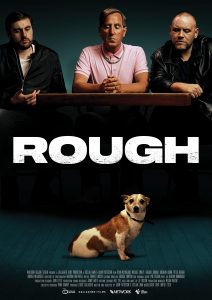 Kerry International Film Festival was established in 2000 to wide praise however, in 2007, the festival became the fastest growing festival in all of Ireland, with audiences increasing by nearly 600% from 2006 to 2011 when its audience topped 10,000 for the first time. With locations such as St Mary’s Church of the Sloes and Killarney house in the stunningly picturesque town of Killarney, KIFF is a film festival like no other. In fact, it is currently included in the top 100 film festivals in the world where it has gained a 5-star rating. Working hard alongside Cinema Killarney and local business is a testament to the festivals ground level of support and goodwill. The KIFF Board are hugely grateful to all its sponsors, both locally and nationally, and the support they receive is invaluable. They are excited to be working alongside all of its supporters in 2021. 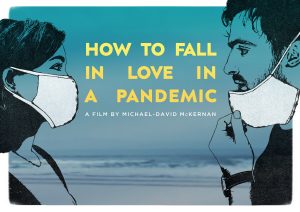 With the last 18 months being tremendously challenging to everyone, each sector has taken a hit in many different ways leaving question marks around sustainability and viability of every industry. The festival Board met the challenge head on with determination. Undeterred by the challenges facing them they adapted to the global climate and launched a virtual Film Festival online in 2020 for the first time ever. They reached an exceptional number of 17,000 live streams, showing exactly why they are Ireland’s 4th biggest film festival, persevering and succeeding in the most challenging of times. Tickets to the festival screenings and events go on sale soon.