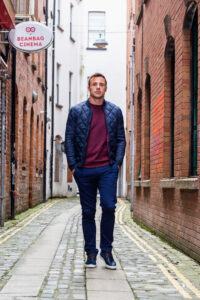 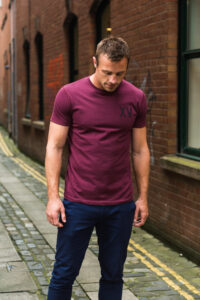 INTERNATIONAL rugby player; clothing and footwear guru and proud dad – is there nothing Irish rugby star Tommy Bowe can’t do?

Ahead of the official launch of his latest clothing and footwear lines Lloyd & Pryce and XVKings, the Monaghan man spoke to Connect about sport, fashion and the new love in his life – his baby daughter Emma.

As open and friendly as his huge smile would indicate, Tommy told us that the road to his hugely successful international rugby career was not a typical one – admitting that his selection to the Ulster Academy as a wildcard gave him his big break.

“I played a lot of sport when I was younger, from athletics, tennis and football to golf to rugby, so there came a point when I needed to make a decision,” he said. “I was playing schools rugby in Armagh and didn’t even get picked on the Irish schools team. Later I did play for Ulster schools and the next step would have been the Irish academy, but that didn’t happen so I was wondering if it would ever happen for me. Then I was asked to join the Ulster Academy as a wildcard and ended up on the Ireland U21 team and was then contracted to Ulster and Ireland.”

With an international career on the horizon, Tommy put his engineering degree on the back burner and hasn’t looked back since. But for all the amazing highlights he has had on the rugby field since then, he immediately recalls his first Irish cap as his standout moment.

He made his senior international debut against the USA during the 2004 Autumn Internationals and in doing so became the first player from Monaghan to win an Ireland cap since the 1920’s.

“It was always my dream to play for Ireland so to get that nod to represent my country was, and will always be, the biggest highlight for me,” he told Connect.

“Rugby was always a huge part of our household and I would regularly travel down to Landsdowne Road with my dad to watch Ireland when I was a boy, so to make it to this level was a dream come true for me. I’ve been blessed with many highlights in my career but my first cap is still the biggest.”

Anyone who knows rugby knows that Tommy has been plagued with his fair share of injury problems, but he insists he has never let those setbacks get the better of him.

“Of course these injuries make you question yourself and wonder if you can go through the grueling recovery process again, but I’m not ready to retire yet. I would miss rugby too much and as well as that, I have a lot more to do and more to give, so I am always eager to bounce back.”

In March 2012, after four years with Welsh rugby side Ospreys, Tommy returned to his beloved Ulster for the 2012/13 season and told us that he is thrilled to be back.

“Ospreys are a world class team and I saw the move as a massive challenge and an opportunity to push myself even further, so I loved the experience and met some amazing people while I was there,” he said. “Saying that, I’m delighted to be back at Ulster, the body is feeling good and the new Pro14 set up is really exciting and will pose even more new challenges for us which is great.”

But as if being a professional rugby player wasn’t challenging enough, Tommy is also the inspiration and designer behind two hugely successful footwear and clothing lines – projects he told Connect he is really proud of. 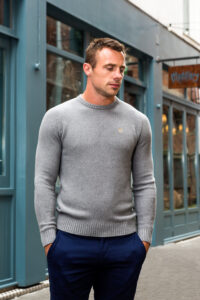 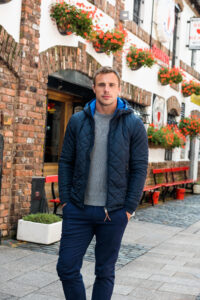 Lloyd & Pryce is a contemporary men’s footwear brand designed and inspired by the Irish and Ulster winger, with Tommy’s ‘Her’ collection for ladies and boys collection ‘Junior’ also being recently added. The range is available in over 100 leading footwear and clothing stores throughout Ireland and the UK.

A collaboration with Castleblaney brothers Jim and Barry McArdle, the footwear brand has become synonymous

“The whole thing came about quite randomly, “ Tommy told Connect. “A friend of mine put me in touch with Jim and Barry (Mcardle) in Monaghan who have been involved in the footwear industry for years and wanted to see if I was interested in working with them. At the time, I didn’t know much about footwear to be honest, but I saw it as a new adventure and I jumped at the opportunity. I suppose, I’m 33 now and know rugby won’t go on forever so I am always looking for other projects to get involved in and this was one that I really liked.” 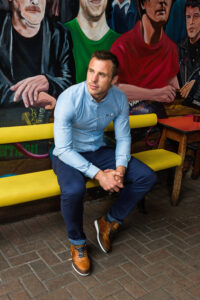 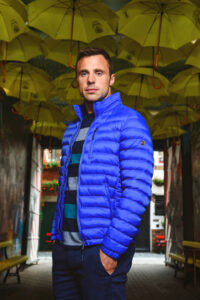 Following on from the huge success of Lloyd & Pryce, Tommy broke into the clothing business with a new mens brand – XVKings Tommy Bowe Designs, which is also proving a huge hit.

Tommy has put huge effort into trying to master the art of clothing design, fabrication and sourcing, he and his team putting together a stunning collection of polo shirts, T-shirts, long and short sleeve shirts, zip hoodies, day wear and dressy jackets, gilets and much more. Now available in over 80 leading stores nationwide, the complete collection has been designed, sourced and distributed from Tommy ‘s home county – a fact he is very proud of.

“The work it took to get this project off the ground has been enormous, but when I see the collection being delivered to the stores and the feedback from customers I see it all has been worthwhile,” Tommy said.

“I believe strongly in creating quality garments that appeal to men like myself and I’m delighted with my collection of clothes. We are very excited about where the brand has gone in the last two and half years and hopefully it will continue and grow.”

But for all the success Tommy has had in his rugby and fashion careers, his greatest achievement, bar none, was becoming a dad earlier this year. Tommy and his wife Lucy welcomed daughter Emma back in April and he told Connect that her arrival was ‘life-changing.’

“Being a new dad has completely transformed our lives and we are so in love with her,” he said. “She’s at an age now where she is starting to develop her own little personality and it’s so much fun to watch. It was a complete shock to the system, which I suppose you don’t realise until you’re in the situation. It has been a life-changing time for us and we’re loving every minute of it.”

And it seems that little Emma is being introduced to her daddy’s rugby exploits very early, with the rugby star taking to social media in August to share an adorable picture of his beautiful little girl attending her first Ulster game with her mom. How adorable!

You can check out Tommy’s current footwear and clothing collections at www.lloydandpryce.com and www.xvkings.com 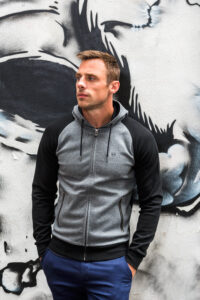 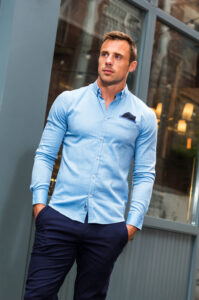