Recently we caught up with entertainer and household name in Kerry Mark Leen. Mark is most popular for his Elvis Tribute Artist career so after retiring from this role at the age of 42 we find out what’s next for Mark.

Mark, you are a familiar face around Kerry, and especially for your Elvis Tribute, tell us a little bit about Mark the ordinary man?

Well Margaret I am 43 years old, a non-drinker and non-smoker, I love to travel and I am happily married since 2004 to the love of my life Lynda Curley, daughter of Eileen and the late Brian Curley at Curley’s Garden Centre Ballinorig West.
We both love to travel so we do that whenever we can, Italy is our favourite place, we have been on a few occasions, In October I am guiding a tour of over 100 people through the Southern part of the USA, Memphis, Nashville and New Orleans. I have been before so people will get knowledge of all things Elvis and meet people they might not ordinarily meet on such a tour, I have strong friendships with Elvis band mates and entourage, we will visit Tupelo where Elvis was born, the Grand Ol Opry and then the great Beale Street and visit the late Silky O Sullivan’s bar where I will perform for an evening. Silky had strong ties to Killorglin and he was a great pal of mine, he is since deceased but he was a larger than life character.

You recently hung up your Elvis boots, Elvis is a timeless artist followed and loved by many, why did you do it?

I am despite rumours to the contrary still a working entertainer; many people feel they don’t know why I stopped doing full on Elvis tribute shows in early 2013, the answer is simple really, Elvis died aged 42, and upon reaching that age I said I would retire my Emerald Elvis persona, so I cut my hair and shaved the sideburns and stopped presenting myself in that fashion, I almost felt naked without that look but it was something I had to do. It felt right for me to do that, I performed my last concerts at the INEC with Elvis’ own backing group and the World’s No 1 Elvis Orchestra E.A.S. It was a huge success.
I enjoyed being an Elvis Tribute Artist very much for 16 years in total, and I made a great living from it, I toured the World, met famous people who loved what I did, interestingly I recall Vernon Kaye coming to our home, Rocket Ronnie O Sullivan and Ken Doherty, Michael Flatley, Don Mc Lean, Anthony Hopkins, Bill Clinton, footballer Denis Wise and Hypnotist Paul McKenna who hypnotised me off the cigarettes and I have not touched one since. I was a support act to Englebert Humperdinck and I loved doing it, I had finished up Emerald Elvis in January 2013 and then the Mooney Show asked me if I would do one more appearance before I retired in April, I turned 42 in May, so I agreed and I was backed by the RTE Concert Orchestra at the Bord Gais Energy Theatre where I hung up my Jumpsuit for good, I remember the surreal feeling I had in the empty dressing room back stage, I shed a tear as I recalled how good Elvis was to me, and I thought I could hear him from his final concert singing My Way as I looked in the Mirror.

No doubt you have other entertainment projects in the pipeline, would you tell us about those? 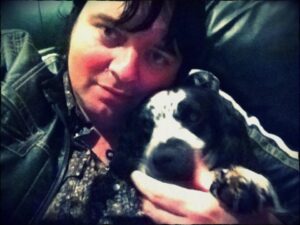 Well I write quiet a lot of songs and my Christmas song was used this year by Marty on Lyric in the Morning as his signature tune right the way through the Christmas play time, Dec 8th through 24th, and I’m hearing my songs in many Hotels and other establishments around the country which is really humbling. Francie Conway and Christie Hennessy are great inspirations to me and so I have two albums coming out in 2015, one is of all original songs and the other is a double album of my favourite cover songs.
I am overseeing the Elvis Rocks Weekend for the INEC/Gleneagle Group on Jan 9th and 10th, we have the best Elvis acts in the World coming to our shores that I personally was asked to choose, and the concerts will be unbelievable, anyone who comes won’t regret it, and I believe anyone who misses it will regret not going.
I have been working for months on a new show concept with a Las Vegas Musical Director from The Encore Casino, he worked with Wayne Newton and produced the late Danny Gans who was the greatest entertainer I ever saw, I met up with him to see if we could work together, after viewing my performances, meeting me and seeing me live and on YouTube videos, he felt I had certain attributes which he wanted to see grow, so I have been rehearsing the new show for months now, and we perform just four shows. St John’s Listowel on Jan 15th and Siamsa Tire on Jan 23rd, DJ Curtin will perform along with me, we work well together and I love him dearly, he is the most consummate professional and thoroughly stand-up guy I’ve ever known in the entertainment industry and I feel honoured and blessed to share the stage with him. I was on Joe Duffy’s Funny Friday for three years on RTE Radio 1 doing voices so I’m looking forward to doing this again, except this time it won’t be political satire ala Mario Rosenstock, it is more Variety. I believe my new show is going to be my best yet, i lose sleep at night thinking about it, The new show is called “The Many Voices of Mark Leen”, It was DJ’s idea for me to come back and do this really, he suggested it after hearing me doing loads of voices on long journeys home from gigs in the past.

You’re a Busy Man, do you find time to chill out and relax and if so what do you do?

I am a practising Catholic so I find peace in that, prayer, rosary, the lives of the saints etc. and I like to read a lot, I love good food, cooking it and of course eating it, my favourite chill out spot is at Nadur Spa and I love Driving Classic Cars, American or Italian, I’ve owned a 1956 Cadillac, a 1962 Chevy Impala and a Ferrari 308 Nero.
I’m into shoes and fashion in general, being an entertainer fashion and the look is important to me, I have hundreds of pairs of shoes and shirts from all over the world.
I love my dog Roxy and we walk a lot, she is an English springer spaniel and she brings me down to earth, I am a recovering Alcoholic and I have been sober for over 20 years, so I attend AA meetings regularly, I am currently over half way through writing a book on the subject of Addictive Gambling in Ireland and the devastation that this causes, it is due for release in April.

I love Snooker and am friendly with many of its stars; BBC commentator Willie Thorne invited me to the World Championship this April as his guest.
I often go to bed early and read in winter and I love watching programmes like Goggle-box and The UK Apprentice, big fan of Lord Sugar.

To stay sober and in God’s graces, to travel to two continents, release my book on Addictive Gambling, to launch my privately branded label business on Amazon.com in America, to tour the new show to the UK in the Autumn with a band, to grow my company Rockman which hosts the big advertising screen at Manor West, to be in a fit and healthy state of mind and body, to spend more time with my beautiful wife Lynda and my family and to plant a Rose Bed and a Tulip bed, there is a tulip variety called Leen Van Der Mark. 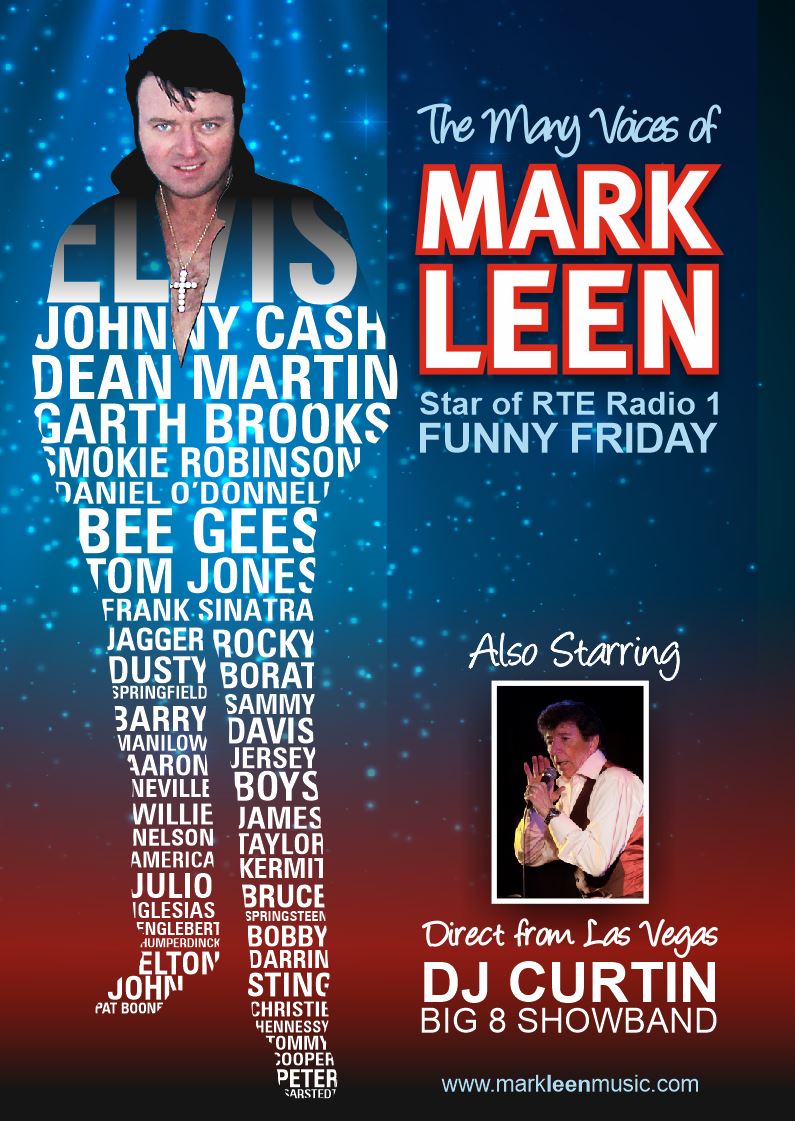 A Visit to the Optician