Future Proof Your Health : GET READY FOR YOUR SECOND SPRING

When Cancer knocked on Mary Gardiner’s door, it sorely underestimated the fight it would get back. As a self-proclaimed highly competitive person be it in scrabble or on the basketball court, losing was never going to be an option. I sat with Mary to catch up on her recent news of winning the fight of her life.

Mary, can you take us back to when you first got diagnosed?
On December 6th 2021, I was playing a Basketball match with my team, Tralee Tigers. I got a bit of a knock to my elbow so when I was up in my shower later that evening I was kind of feeling sorry for myself and thinking, why am I still playing this I am 45 years of age! But while I was washing I felt a hard patch on my skin in my chest area. I thought no more of it really because it wasn’t a lump and it was more up above my breast area? I mentioned it to my partner, Tom, I said it feels a bit strange? It wasn’t sore but I had this gut instinct that something wasn’t right so Tom encouraged me to go to the doctor which was difficult at the time with restrictions in place but I got an appointment for the 9th. The doctor said they didn’t think it was anything just muscle, I was walking out the door but something stopped me and I said sure will you just refer me anyway and have it checked so she did. I travelled to Cork on January 4th to have a mammogram, they then gave me an ultrasound followed by a biopsy. On January 13th I was in my car with Tom when I got a call to be in Cork the following day for my results, I knew at this point there was something wrong.

I went into the room and they are very direct, they said I am very sorry to tell you but you have invasive breast cancer. I knew nothing about cancer, I was a very healthy person who thought I was absolutely invincible. The exact word’s out of my mouth were “Okay I have Cancer, what’s next?” Thankfully they write everything down for you because you take nothing in, all you can hear is the word Cancer. The type of Cancer I had was extremely aggressive and fast growing but thankfully I had caught it early enough. They explained I would need Chemotherapy, Surgery followed by Radiotherapy. 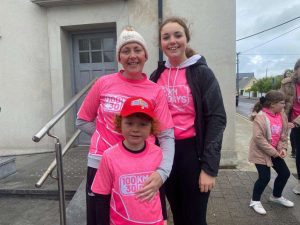 What was the most difficult part in all of this for you?
The hardest thing throughout all of this was absolutely telling my children. The chemo, the surgery, it all paled into comparison when telling my kids. My Daughter Aoife who is 17, it broke my heart telling her, I literally watched her world fall apart in front of my eyes. I have to break some hard and horrific news to people over the last 23 years in my job but this was the hardest thing I ever had to do. I told my closest friends, Teresa O Brien, Una Lynch and Andrea O Donoghue, Angelene Myers along with my close family 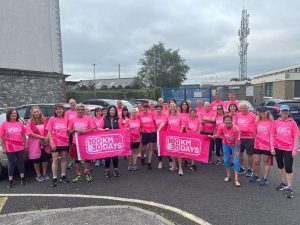 You are so well known across Kerry for having such a bright and positive outlook on life and throughout your treatment, when did you make a firm decision to remain positive throughout that difficult time?

I was determined from the very start to not let the Cancer define me. I kept saying “I have Cancer, but I am not Cancer” I was certain I was not going to let it change me. Now don’t get me wrong, it was so hard at times to keep things as normal at home for the kids. I tried from the beginning to not let them see me thrown down in bed but by the third cycle of chemo I was admitted into hospital with dehydration. When I lost my hair, my son Oisin was 5 at the time, I explained to him I was sick and needed to take medicine to make me better but that would cause my hair to fall out. He came back to me and said okay take the medicine but will you grow your hair back for my birthday? I told him I would try my best and the more open I was with him the better it was for him. 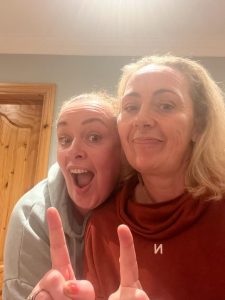 You mentioned a girl earlier to me who inspired you to fight hard and remain positive, can you tell our reader’s more about her?
There was a girl in Castleisland that I knew well her name was Joanne Walmsley, we played basketball for years together. When Joanne was diagnosed, I saw the battle she faced, she just trucked on and got on with everything. She completely inspired me to fight it as hard as I could for her, for me and for my family, I was determined not to leave my children without a mother. I have always had a positive outlook in life, I always look on the brightside of everything and this attitude really helped me. You really have to make what you can of your life, you can have a dream but you have to work for it too. Of course there were days where I didn’t feel so strong or so positive, but I would take one look at my kids and that would drive me on to be Mary G. Everyone knows me as Mary G, a fun, bubbly, positive and outgoing person, I wasn’t going to lose that side of me to Cancer. The nurses in the Cancer unit, they are only to be described as angles on earth. They treat every patient with such care and dignity, you feel like you’re the only person in the room with the attention they give to you. Every staff member you meet along the way are just so positive you couldn’t help but feel that way going out the door. It spurred me on to do the 100k in 30 days for the month of June in which I raised €43,000.

How did it feel to hear the words that your treatment had worked?

I remember 10 days after my mastectomy the doctor came into me and told me I had a full clinical response to my treatment. I replied, “right” and he said “Mary are you listening, we got it all, the treatment worked?!” I said to him “But wasn’t that your plan anyway?” I suppose a part of me just never expected it to fail I was so determined. I’m such a competitive person by nature whether it’s a game of scrabble or fighting Cancer, losing is just not in my vocabulary. I have just finished radiotherapy so I will now have immunotherapy every 3 weeks due to the type of cancer I had. Would it be nice to do something special to celebrate? Of course it would but honestly I just really enjoy being at home with my family. Once they are happy I’m happy. 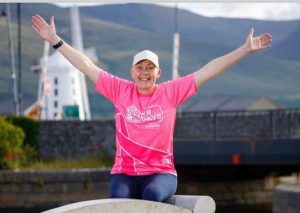 Finally Mary, what advice would you give to the readers of Connect who are going through a similar battle or perhaps recently received a diagnosis?

First of all, if you are worried about something go get it checked, don’t put it off. Don’t let Cancer define you, it’s not you it’s just something you have to deal with and you will. Take every bit of help that comes your way, don’t be shy about it. I was always the one helping others so it was a big thing for me to accept help from other but in the end I did and it’s the best thing I could have done. Take each day as it comes and talk about it with friends and family. If there is anyone reading this interview going through it and needs someone to talk too, I would be more than happy to chat to them. 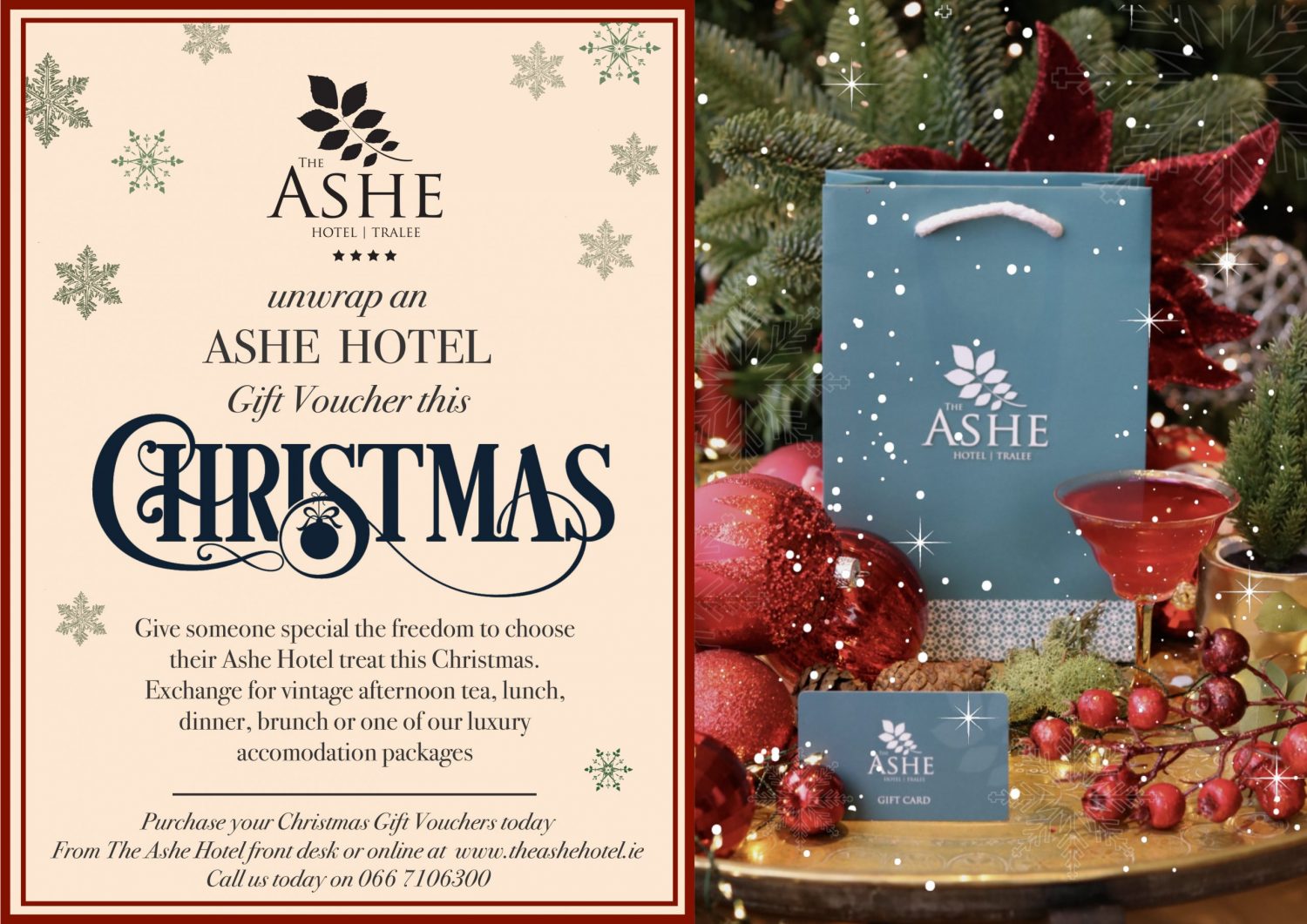 Local Poet conferred with PhD in English at The Winter Conferring in NUI Galway.

From Tipperary to Juarez, Mexico, The 2 Johnnies do America LIKE NEVER BEFORE!

Future Proof Your Health : GET READY FOR YOUR SECOND SPRING