Killarney Classical Crossover singer taking on our unusual year fearlessly.  This month I got the chance to meet with Grace Foley one of Kerry’s finest and most unique vocalists.

Grace foley is a name you should know, and as for her voice? it will captivate you!

Graces contralto vocal range is one of the most rare female voices and her crossover style makes you go right back to your Celtic roots to get lost in the magic of it all. We all need a bit of that after the past few months!

Grace began her vocal training in Killarney and by the time she was ready to tackle music college she had an array of accolades to her name! Her training and thirst for knowledge of her craft led her to make extremely special connections and her confidence flourished into finding her niche of ‘classical crossover’.

Grace is not afraid of opening up about the hard times, the knocks and setbacks and as she speaks of them, you can see the pain turn to power on her face. Many would give up after a few setbacks but Grace kept going and with a goal at all times and this strange year is no different ‘we have to make the most of it and step back and see what CAN we do while we are not performing’. 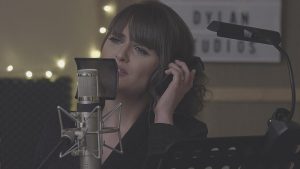 We spoke about how covid has affected the industry and both agreed after all of this there needs to be some educational and open conversations about the realities in the music industry, especially for those who want to pursue it as a career, we all ran in blind and have learned on our feet but it’s especially hard at the moment.Grace pointed out ‘People like myself work at a loss the majority of the time, my promotional gigs and album launches cost me money but I hope that people enjoy the experience and support listening to my music, book me for events and recommend me. I try to put as much of my personality and emotions out there to connect and that is the reality of it’.

This year was a strange year for all but Grace took the bull by the horns and leaped at the opportunity to focus on her songwriting and arranging versions of some of her favourite songs with some of the best musicians and engineers that Kerry has to offer, giving them a creative outlet also. (Even via zoom!!) She gave some concerts via streaming from different locations and loved connecting with her audience in a new way across the world but missed the connections and conversations with them afterwards it’s was strange to be finished and be just in your own house’. 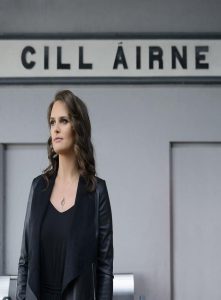 Grace released her version of ‘Danny Boy’ earlier in the year, which she recorded with the wonderful Brendan O’Connor in ‘Little Dylan Studios’ in Killarney which has become the Kerry talent hub.

‘I recorded the video on the last day of ‘normality’, Thursday March 12th. We stood by the lakeside at the Hotel Europe Killarney, unaware that decisions were being made about closing all schools and colleges. I was adamant to get all my songs recorded for the year before April this year, no idea why! Boy am I glad I did now… I think this song always reaches people but there’s something even more special about it now, after all the loss our country has experienced, in such a short time.’

What’s coming up ahead? Rolling with it! Grace is adoring her time writing and indulging in vocal technique wisdom so she plans on continuing on that path while the time is there, performing at whatever events that are safe and possible, working with fellow Kerry musicians and just using the time wisely to move forward. Grace speaks so highly of her students and all their achievements and is looking forward to getting back to teaching possibly in the new year.

I walked away from our meeting feeling like I’ve known Grace forever, I felt the passion she had for her work and the raw excitement of the plans she has for the future so I would not be surprised to see her achieve whatever she puts her mind to. A kind, caring and fabulous lady that just so happens to bare her soul with every note sung! We are very lucky to be able to say she’s ‘Kerry stock’. 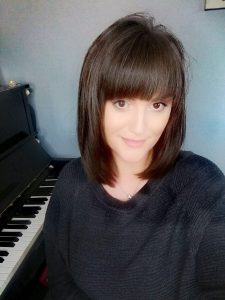 Grace released her video and version of ‘everything I do’ in August, it is captivating to hear in the classical crossover style.

Grace has a very special surprise coming in December so make sure to subscribe/follow her for updates of the next path of her journey.

Graces music is available to stream on all streaming platforms and purchase on iTunes and from her website.

Ballybunion by the Sea