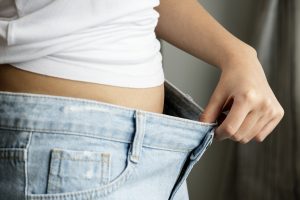 The findings of the study, which was led by Dr Elizabeth Stamp, a lecturer at Loughborough University, come at a time when the UK population faces a spiralling obesity crisis and increased mental health challenges. Government figures suggest more than 40% of adults in England gained weight during the pandemic, with the average gain being half a stone (just over 4.1kg), while more than half of adults (60%) and over two thirds of young people (68%) said their mental health got worse during lockdown. Joining a slimming group with expertise in helping people change lifelong habits is well established as a successful way to tackle weight gain, but only now has the impact of a supportive group environment on mental toughness been discovered.

Mental toughness, a concept used in psychology and behaviour change that has been studied within the sports field for many years, is linked to characteristics such as keeping a clear focus on goals even when under pressure, having a strong sense of purpose and self-determination, and feeling in control. While it’s linked to resilience, it’s about more than being resilient, with sport psychologists noting mental toughness is what gives an elite athlete an edge. This is the first time the concept has been investigated in relation to weight loss. 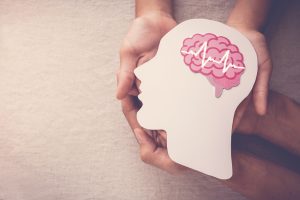 “The study revealed that Slimming World members participating in the study lost on average 2st 5lbs over the six months and on average also increased their mental toughness.”

Professor Peter Clough, Technical Director at AQR International, developed the 4Cs model of mental toughness: challenge, commitment, confidence and control. The study found that Slimming World members had increased scores in all of the 4Cs during the six months they participated in the study.

Dr Elizabeth Stamp says: “Looking at the 4Cs model it’s understandable that Slimming World members showed an increase in mental toughness scores. The multi-level support to make lifestyle changes which the group provides is specifically designed to help members increase their commitment to their weight loss and the changes needed to ensure they achieve them. It supports them to feel in control of their choices and behaviours and feel more confident in their ability to make the changes even in situations where their commitment and motivation would otherwise be challenged (for example eating out, travelling, staying away from home, socialising etc). Helping members think about the challenges, make plans for when things may get in the way and develop strategies for these times, are all ways in which the group supports members to stick to their plans and successfully lose weight each week.”

Dr Jacquie Lavin, Head of Research and Scientific Affairs, says: “This research shows the depth of understanding about the psychology of weight loss we have at Slimming World. It’s been at the heart of our method for more than five decades. In our groups we share techniques to empower and enable members to make their own behaviour changes through a variety of methods, including setting goals, making new decisions, developing skills to overcome barriers by facing, and seeking out challenges and taking back control, which are all linked to the principles of improving mental toughness. By encouraging our members to try new foods, transform old, unhealthy habits and change their perception of food and activity, we create an environment for our members to challenge themselves on their own timescales.

“The mental toughness findings are supported by member data from Slimming World groups which reveals that as members progress on their weight loss journey, they feel more sociable, happier, calmer and more peaceful, and feel they have more energy. They are less likely to say they feel downhearted, stressed, or anxious compared to non-members from the general population. Members’ emotional wellbeing improved over their time at Slimming World and even remained higher during the COVID lockdown, when Slimming World introduced their virtual groups for members, than when they first joined. They also had higher emotional wellbeing scores than non-members.”

Professor Peter Clough is writer and co-writer of almost 50 articles and books on mental toughness, including 2002’s ground-breaking Developing Mental Toughness, a big-seller acknowledged as the definitive guide.