Spoiler alert !! With ‘Joyride’ the movie coming to cinemas this weekend here’s our thought on it

Kerry International Film Festival (KIFF) in association with Screen Kerry were thrilled to host a preview screening of “Joyride” at Cinema Killarney on 27th July. The film was showcased to a sold-out full house of cast, crew, film enthusiasts, sponsors, and supporters of film in Kerry and included a Q&A session with key talent after the screening. Filmed exclusively in Kerry last year, Joyride is set to be released across the UK and Ireland on 29th July, hence, those who attended the preview screening were in for a real treat as they got to see an array of local actors, extras and of course, world-renowned Kerry scenery, in this film that has been described as ‘a warm, funny and touching story about motherhood, friendship and acceptance’ by Sunniva O’Flynn of the Irish Film Institute.

Written by Kerry based Ailbhe Keogan, who is a KIFF Board member and graduate of Kerry College, and directed by Emmy award winning Emer Reynolds, a former winner of the KIFF Maureen O’ Hara Award, the film stars the world-renowned Oscar®, Emmy and Golden Globe winning actor Olivia Colman as lead character “Joy”, newcomer Charlie Reid as co-star “Mully” and Lochlann O’Mearáin as Mully’s Dad “James”. Both Charlie and Lochlann attended the preview screening, as well as Emer, Ailbhe and the Irish Producers, Aoife O’Sullivan and Tristan Orpen Lynch from Subotica. Unfortunately, Olivia Colman is currently in the middle of filming, thus, she was unable to attend the event.

A vast amount of local people were involved in the production of Joyride, both as cast and crew and by providing locations, so there was great excitement in the cinema to see the finished film on the big screen. Many local organisations who supported the film being produced in the county were also in attendance. Kerry ETB and Kerry College Monavalley Campus welcomed the full production team onsite for a 10-week period last Summer to run a production base on campus. This in turn provided an excellent industry training opportunity for students on the Kerry College Broadcast Production Skills course. Kerry County Council were hugely supportive of the project from the start with both the Arts Office Creative Kerry Programme and Economic Development Office providing key assistance. Praise must go also to the Council Area Engineers who assisted in this road movie shooting all over the county with the least possible disruption to the general public. Siobhan O’Sullivan, Screen Kerry, emphasised that “the support of these organisations was essential in bringing this production to the county.”

Overall there was a hugely positive response throughout Kerry towards the film, something that really struck Joyride screenwriter, Ailbhe Keogan. ‘This premiere is a particularly special one as it feels like we’re bringing the film home. We got so much support here in the Kingdom. We were gifted with choice locations, skilled crew, generous sponsorship, high-end production infrastructure, even a plane; but we also received endless goodwill towards the production. The buy-in from local stakeholders cannot be underestimated. A Kerry welcome helped keep morale up on set, even on the most challenging days.”

Chair of KIFF, Grace O’ Donnell, said: “KIFF are thrilled to showcase Joyride in association with Screen Kerry this evening at Cinema Killarney. It is a phenomenal film, and we are so grateful to the number of local organisations who were instrumental in bringing the production to Kerry, including Screen Kerry, Kerry College, Kerry ETB and Kerry County Council. KIFF would also like to make a special mention of thanks to our title sponsor Kerry Airport who provided an airplane for the film as well as to all our local and national sponsors and supporters. Siobhan added that “as well as being a movie about motherhood and friendship, Joyride is inherently a love letter to the county. Its success shows the potential Kerry has to welcome many more productions to the county.”

The film was developed by Embankment Films and produced by Aoife O’Sullivan and Tristan Orpen Lynch through Ingenious Media, Subotica and Fís Eireann/Screen Ireland. It is distributed by Vertigo and Wildcard Distribution. Cinema buffs everywhere can see Joyride on screen nationwide from 29th July 2022. 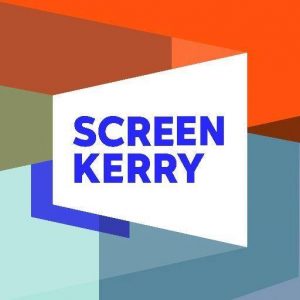 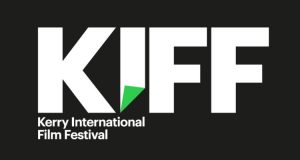 The Fexco Kerry Heroes of 2021

Spoiler alert !! With ‘Joyride’ the movie coming to cinemas this weekend here’s our thought on it