Teresa Mannion – How I got here 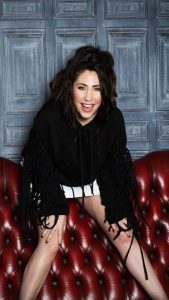 There probably isn’t a person in Ireland who hasn’t heard the stunning Irish Women in Harmony collaboration of The Cranberry’s hit song Dreams and not fallen head over heels in love with it!

It was a musical masterpiece that brought together almost 40 Irish female artists and musicians during lockdown – and the woman behind it, Ruth Anne Cunningham, says she could not be more proud of the finished product and how it has been received.

Speaking to Connect from her London home, Dublin singer songwriter Ruth Anne explained that she produced the charity hit in six days, after messaging a whole host of female artists and musicians on Instagram, explaining her vision and asking if they wanted to be involved.

“We have such an amazing amount of male artists in Ireland and some really big breakthrough artists and during my time as an artist I’ve started to hear about and be a fan of the Irish females I’ve seen on the circuit, but I was confused as to why they weren’t getting as much radio play,” Ruth Anne explained. “So I really wanted to do something to showcase Irish females in music and at the same time use our voices and our platform to raise awareness and money for other people in need. We chose the Safe Ireland charity because we, as women, wanted to help women and children of domestic abuse who are in unsafe situations in their homes during a time when they should be most safe.

“So I just started DM’ing the girls on Instagram, even though I didn’t really know any of them personally, and just said ‘I think it’s time the Irish female artists speak and help’ – and before I knew it we had 32 artists and seven musicians on board.”

The success of the song has surpassed all Ruth Anne’s expectations, charting in Ireland, the UK and even America as well as getting lots of coveted airtime. The Dubliner says she is just so proud of 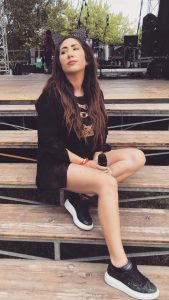 how it has been embraced, but admits there were some nerves on the day the song was released:

“When I was doing it I wasn’t really thinking about what way people were going to react, I was just thinking about wanting to do something really special and something that we were really proud of. Of course I wanted it to have an impact, but I didn’t think it would have this much of an impact. I really just hadn’t thought that far into it,” she said.

“On the day of the release, I got really nervous because I remembered, ‘Oh my God …this is a Cranberry’s song, what have we done? Is everyone going to hate it?’ I just remember feeling really nervous on the day. But as soon as it came out it was so embraced and the pubic really got behind it and it started charting in the UK, America and Ireland. The radio play has been fantastic and we’ve raised so much money [in excess of €215,000] – so it did exactly everything we wanted to achieve with it and more.”

It was a mammoth task, compiling clips from almost 40 individual artists and choosing which singers and musicians would contribute what – not forgetting of course that most recordings had been done on the artists’ iphones. But the end result was a stunning showcase of what Irish females artists have to offer – and Ruth Anne says she could not be more proud.

This of course, is not the first time hard working Ruth Anne has realised one of her dreams – she is a renowned singer songwriter in her own right, and can even add ‘Grammy-nominated songwriter’ to her impressive CV.

At the tender age of 17, the day after completing her Leaving Cert, Ruth Anne moved lock stock and barrel to LA where she was eager to pursue her dream as a songwriter and producer. It was to be one of the best moves of her life, in which she

was blessed to write and collaborate on hits for the likes of Niall Horan, Beyonce, One direction, TLC, Jennifer Hudson and of course John Legend – with whom she received a Grammy nomination!

She moved to the US with her then manager and his family and had her first big break at the age of 19 when her song Too Little Too Late became a huge hit for Jo Jo. 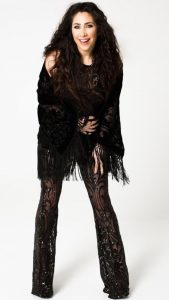 “That was my first big break and that got me into rooms and got me writing with other people,” Ruth Anne explained. “Saying that, the next few years took blood sweat and tears and it was a definite roller coaster. In music, it’s the strongest who survive, and there were times when I thought I couldn’t do it anymore, but I love music and love making music so much that I never gave up. A lot of getting to work with amazing artists is word of mouth and your reputation spreads and you end up in rooms with people who have heard your songs and want to write with you. That’s really how it becomes a full time career. “

Ruth Anne was privileged to co-write with multi-award winning singer songwriter John Legend on his ‘Legendary Christmas’ album last year on the song No Place Like Home – and recalls the overwhelming sense of elation when she saw the album had been nominated for a Grammy award. Amazingly, not long beforehand, Ruth Anne had listed a Grammy nomination as something she wanted to achieve in her career – but never thought it would happen so soon..

“I had written a goal list of things I wanted to achieve in my career in the next few years and I had put down ‘to be nominated for a Grammy’,” Ruth Anne told Connect. “ I genuinely didn’t think I would get nominated that year but I remember being with my fiancé going through the Grammy nominations and I said to him ‘one day I’ll be on there’. Next thing he turned to me and said ‘you’re on there – the John legend album is nominated’ and I just couldn’t believe it.

While the album didn’t win, Ruth Anne says the experience of attending the Grammys has inspired her even more to eventually win one someday soon.

Another career high was when her hit song ‘The Vow’ – which she sings herself – was used for the season finale of last year’s Love Island. Again, she recalls the surreal moment she heard it on TV, having had no warning from TV producers that it would feature.

“I was sitting on the couch watching the finale like everyone else and when it came on I thought someone in the room was playing it on their phone,” she jokes. “When we realised it was actually me on the finale, everyone started screaming and I was running up to the TV just so excited. I had no idea it was being used, and to have it on the finale scene was just surreal. It was a huge moment in my career because it meant that millions of people who might never have heard my music before were hearing my song for the first time so it was a big, big moment for me and gave that song a huge boost .”

But for all the success Ruth Anne has achieved as a songwriter and producer, her focus now in on her career as an artist. Following the success of her first solo album last year, she is now looking forward to writing new songs and getting back to performing when the time allows.

“I love to sing, so a part of me wanted to be fulfilled by singing my own songs. I felt there were songs I was writing that were just very me and a lot of the artists I was working with were saying ‘you have to do this’ ..so I did it,” she said. “My first album, Matters of the Heart, surpassed all that I thought my first album would.”

As well as writing more of her own new music and continuing to write for other artists, Ruth Anne is also hoping that an Irish Women in Harmony album and tour will also be on the cards very soon. So watch this space…

Teresa Mannion – How I got here