New Consultant for Kerry at The Bons Secours 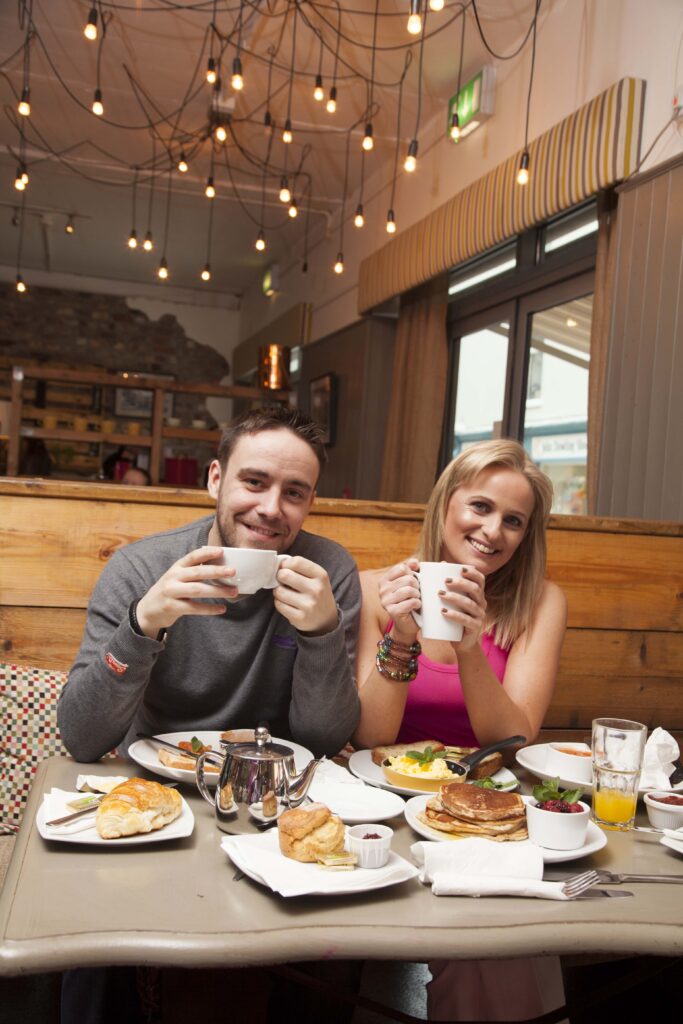 Some of us may not be morning people but there are two people in Kerry who certainly make it easier to get up each morning, Radio Kerry’s Breakfast Show hosts Elaine Kinsella and Andrew Morrissey join us for a chat to tell us a little bit more about the jolly duo that wake Kerry up each morning.

Where did it all begin for you both on radio?

Andrew; It’s a long story so I’ll give you the short version. For me it was when I was 16 in pirate radio on Pulse FM in Cork City. It was in a bedroom of the owner’s house. From there I became addicted and went to College to study Radio Broadcasting and managed to talk my way into a sports job at Red FM followed a year later doing the overnight shift on 96fm (at this point I was nearly a Garda) and then eventually sending a very dodgy demo tape to Radio Kerry. Fast forward nearly 8 years (with a brief stint in Limerick) and I’m on the Breakfast show with Elaine.

Elaine: I had been working for an animation company in Dublin and had just finished editing a film when my mum told me Radio Kerry was hiring. I’d never even considered working in radio as I really wanted to have a career in film but it was May and the lure of a summer in Kerry was strong. Twelve years later and I’m still here!

You are the voices waking up Kerry each morning, it’s an early start how does this suit?

Andrew: I am not a morning person. I never was. I love my bed more than most things in the world and early starts do not appeal to me. Having said that, once I drag myself out of bed I really love being in 1st thing in the morning. KC from Red FM once said, morning is the best time to be on radio and he was spot on. It’s the best time of day I feel and I know people have routines, so to be a part of anyone’s morning habit is a great thing.

Elaine: Well I’m definitely a morning person so it suits my personality to work early. The 5.30am starts are tough going but we’re finished by early afternoon most days so I can collect my little girl from school and spend the best part of the day with her. Most parents who work fulltime probably collect their children from childcare at 6pm so I know I’m lucky in that regard. Some days I do just want to stay in bed though! I’m eleven years on breakfast radio but it still feels strange getting up in the dark every morning.

Elaine you have had a few presenters with you on this show already tell us what Andrew is like as a co- host?

I’ve been really lucky and had lots of lovely co-presenters down through the years. Andrew is great to work with. He’s a real radio person; he’s passionate about it, is very hard working and is always buzzing with ideas. He’s in before me every morning and nearly always makes the first cup of coffee…I’m spoilt!

Andrew is Elaine a morning person?
She might not agree but I think she is. As a mum she’s up early like most parents anyway and it’s rare she’s in bad form if ever when she comes in.

I guess you are both asked to do lots of other events supporting local charities and that how do you find juggling all this with work?

Andrew: I love it. I DJ every weekend in the Killarney Grand and it’s nice to do it because I’ve always enjoyed club DJ-ing. MC-ing events are always different. Whether it be a strictly come dancing, a table quiz, a fashion show or even standing on the Rose of Tralee stage having the craic. It sometimes takes its toll on the social life but I always make up for that! I’m also aware of the position we’re in with so many loyal listeners so to be able to help a charity in anyway is great. Most I’ve worked with or for have been so appreciative of the help they receive so that’s always a nice feeling.

Elaine: Yes we do get asked to do a lot of events. We took part in The Kube for CBS The Green recently and had so much fun. I love meeting people, I love getting the chance to chat to listeners and I also think it’s important for everyone to do their bit for the community so we take on a good few charity events every year. However we’re also both available to hire as MCs for all sorts of events – awards, fashion shows, workshops. I’d like to do a lot more of that in the future.

Have either of you ever worked on TV or is there any ambition to go there?

Andrew; I did work with Gathering TV on the Gathering Channel a couple of years ago. I enjoyed it alright but it has nothing on the intimacy of radio. I always thought I’d be good at it but it seems so limited to me sometimes. I’d love to give a gameshow a go.

Elaine: I haven’t done any live TV but I have fronted a few promo videos for different companies and organisations. I enjoy it and wouldn’t rule it out in the future but a move into TV would probably mean a move to Dublin and my life is in Kerry at the moment.

What do you both do to relax and unwind?

Andrew; Hurling! For me, my teammates at Austin Stacks are not just a team but they’re my friends and brothers and we train hard, play hard and socialise hard. You can’t beat a few Sunday Pints. Away from that though I have an amazing girlfriend and while we don’t have children we do have a child in the form of a 1 ½ year old Yorkshire terrier who loves nothing more than a good long walk.

Elaine: I love going out for dinner with family and friends. I love going to the cinema and I watch way too much Netflix. I train three times a week at Rush Hour Circuits in Monavalley which I love. A group of us are training for the Dingle Adventure Race at the moment so that’s keeping me busy.

So there you have it, the breakfast show that wakes us up each morning, make sure you tune in and get your morning started with Elaine and Andrew.

New Consultant for Kerry at The Bons Secours