THE Directors of the Aqua Dome Tralee have today announced that, regretfully due to the continuing Government ban on indoor activities, the facility will not now reopen in 2021 and a new target date of Easter 2022 has been set.

Having previously announced that it would reopen on July 9th, it subsequently became clear that this decision had to be overturned as the restrictions preventing indoor attractions, such as the Aqua Dome, from opening remain in force.

The Directors have been informed that this is as a result of the concern surrounding the spread of the Delta variant in the younger generation. 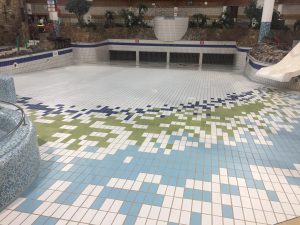 The Aqua Dome Chairman, Denis Reen, said: “The Aqua Dome makes a profit in the months of July and August and this subsidises the losses generated in the other 10 months of the year. As we now will miss these months for the second year in a row, due to the Government restrictions, we have no alternative but to remain closed until Easter 2022. We sincerely hope that some semblance of normality will have returned by then.”

The Aqua Dome is one of Kerry’s most popular tourist attractions and a fantastic all-weather facility for Tralee, attracting around 130,000 visitors each year. The majority of those visitors come during the summer months when up to 40 people would be employed.

The CEO of the Aqua Dome Tralee, Kieran Ruttledge, said: “We understand the disappointment that this decision to remain closed may cause and we apologise to our many loyal members and supporters. However, the future of the Aqua Dome is of paramount importance and the economics would indicate that this is the best course of action to ensure its long-term viability.”

The Aqua Dome first opened in Tralee on 14th May 1994 and has operated subsidy-free for over 25 years during which time it has been a vital contributor to the local economy in Kerry.