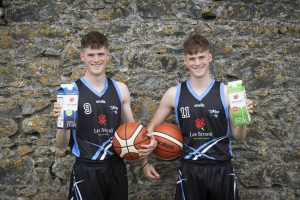 Lee Strand is delighted to continue supporting Tralee Imperials once again this year with the sponsorship of their U18/20 National Cup jersey. At the launch Lee Strand welcomed two of their key players Tim & Sean Pollman-Daamen who were selected for the Irish Under 18 team and will play in Levice, Slovakia in August.

Speaking at the launch John Dowling, Tralee Imperials Chairman stated “I would like to thank Lee Strand for their continued support of our club and particularly their recent sponsorship of our Under 18/20 National Cup jerseys. All of the boys are really looking forward to wearing the new jerseys, once we get back on the court this season. Lee Strand’s sponsorship of basketball goes way back to the 70’s when they sponsored the super league ladies team here in Tralee. With Tralee Warriors now a well established men’s team, work is ongoing within our club to bring a super league ladies team back to the town and it’s only with continued loyal support from businesses like Lee Strand that this might be possible. 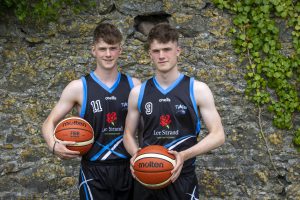 We are very proud as a club of Sean and Tim’s achievement in making the Irish under 18 team. This is the lads second Irish team having competed two years ago with the Irish under 16 team in Montenegro. The lads will play this year in Slovakia in August. We wish them and the team well, we will be watching online and are looking forward to seeing them back home playing with Tralee Imperials under 20 national cup team next season.”