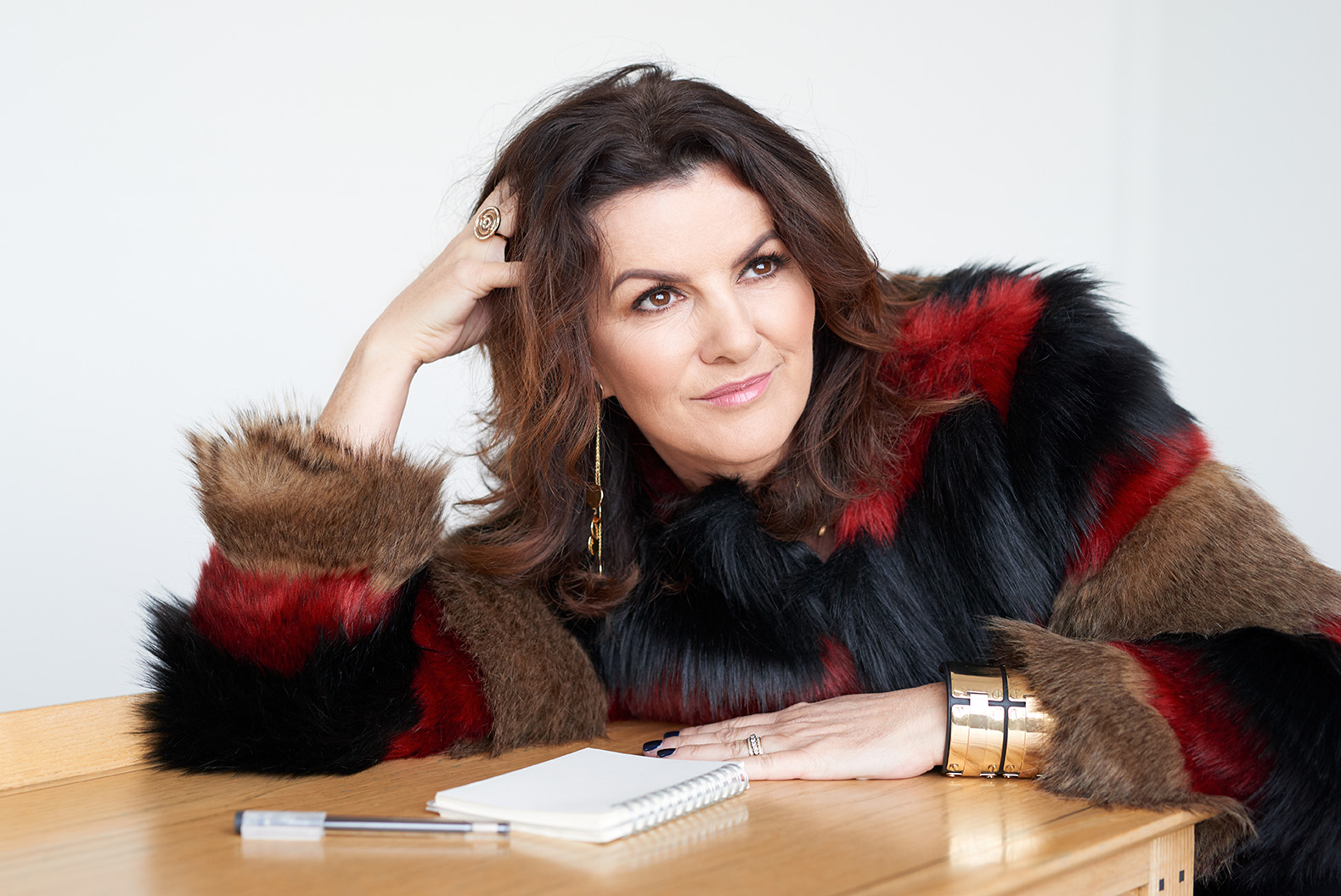 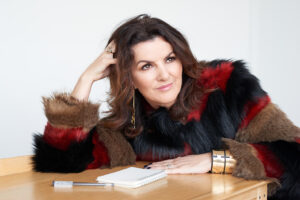 She’s one of Ireland’s best known and best loved comedians, has a stellar TV and film portfolio and just last month Deidre O’Kane was honoured for her amazing contribution to the industry when she was awarded the prestigious Maureen O’Hara Award at the 2018 Kerry Film Festival.

Speaking to CONNECT after receiving the award at a special ceremony in Killarney, Deirdre said that she was absolutely honoured with the accolade.
When presenting the 2018 IFTA Awards, Deirdre paid tribute to O’Hara in a widely acclaimed opening monologue, so this award was extra special for her she says.

“It was just fabulous to be recognised like that and what made it really amazing was that it was in Maureen O’Hara’s name – a woman I deeply admire,” Deirdre said.

“I spoke a lot about Maureen in my IFTA speech and it was great to be able to quote her in reference to the Me Too Movement. She was someone who spoke out about this issue 75 years before anything happened, so it was a real honour to receive an award in her name.”

While she’s now one of Ireland’s most famous female comedians, Deirdre admits that a career in comedy was never on her radar, having spent 10 years as a stage and screen actress before ever venturing into the world of stand-up.

It was a ‘tag-along’ trip to the Kilkenny Cat Laughs festival with her husband Stephen over 20 years ago that set the juices flowing, she explained.

“Comedy never entered my head. I always wanted to be an actress and had been doing that for 10 years, but on one occasion my husband was making a documentary about the festival and I tagged along,” she explained. “I happened to have an access-all-areas pass and it was the first time I watched stand-up and I remember being absolutely gobsmacked.

“I spent four days watching the comedians and remember being taken aback that there were 45 men on the bill and three women. Now, that wasn’t the reason I decided to give it a go, but I came away from there and decided to start writing comedy and the following year I was back performing at the festival.”

As expected, her transition into stand-up came with many highs and lows, but she credits her husband’s rather unconventional ‘encouragement’ with keeping her in the game.

“When you’re doing stand-up, you have to fail, that’s just the way it is. There’s no comedian out there who hasn’t had a bad gig,” she said. “But my husband is definitely the reason I stayed going, despite the tension headaches I had every time I was getting ready to go on stage. He just told me ‘well you’re not dying out there’ – so that was that.

“Maybe if I had a nicer husband, he would have said ‘why are you putting yourself through that’, she joked, ‘but overall the jokes were working and I was getting paid, and let’s be honest, I needed to supplement my income as an actress.”

Deirdre is currently on tour with her latest comedy show ‘A Line of O’Kane’ – with a show in Tralee’s Siamsa Tíre in early Spring next year – which she explained takes audiences through her Dancing with the Stars experience, as well as poking fun at turning 50 and the challenges of having a teenage daughter.

“It’s been going really well and even those who never saw me on Dancing With The Stars and didn’t know the story seem to be really enjoying it,” she said.

Asked about that very experience of taking on the very difficult challenge of dancing live on TV week in week out, Deirdre described it as ‘extraordinary.’ She admits, though, that she was more than reluctant to sign up!

Facing her 50th birthday and having little or no dancing experience, Deirdre’s initial reaction to taking part in the show was a definite no – but having thought more about it she decided that ‘the no option is so dull and boring’ and went for it.

“I laughed at the idea first and was like ‘no thanks, you’re grand’ because I felt I was too old, but I was talking to a friend one day and she was telling me it’s only dancing and I‘ll be learning a new skill and that’s kind of what happened,” she said. “It was absolutely the most extraordinary thing I’ve ever done and the most gruelling ball I’ve ever had in my life. It was an amazing experience and I was so grateful to discover that I was as tough as I was, pushing 50.

“I was older than the other two finalists put together,” she joked ‘but I was able to keep up with them, and I was really proud of that.”

Speaking of being proud, Deirdre says that portraying renowned humanitarian Christina Noble in the film Noble still stands out as one of her greatest career achievements. She won an IFTA for her role in the film, which was written, produced and directed by her husband Stephen.

“That film was very special and very personal and something I am really proud of “ Deirdre said, explaining that it was again her husband who pushed her to pursue the project.

“I had read a lot of Christina’s books and was very taken with her work and for a while Stephen had been pushing me to find a project for myself,” Deirdre told CONNECT. “He asked me what it was that I wanted to do for myself and it was that – to make a film about Christina Noble – and it went from there really.”

Deirdre said that it took her quite some time to convince Christina to agree to the film, as she had been approached several times before about making a film of her life, so to get her on board was a massive achievement.

“It took her a long time to say yes, and rightly so, so we had to persuade her. But we did – and she was very, very happy with the finished product which is still one of the top recommend films on Amazon.”

Having just been honoured at the Kerry Film Festival for her incredible contribution to TV and film, the conversation turned to the state of the industry here in Ireland. Deirdre feels that it is a very exciting time for Irish film and TV and says she is delighted to be part of it.

“Irish film and television is very strong right now and has been building very strongly over the past 20 years,” she said. “There are so many amazing Irish actors out there right now, I couldn’t possibly name my favourites, and we have some amazing crews and technical people so the industry is really growing and it’s nice to be part of it, ya.”

Asked how she liked to spend her down time with husband Stephen and 13-year old daughter Holly, Deirdre proved that she’s a woman after our own hearts!

“My down time is not leaving the house,” she laughed. “I’m away a lot touring so if I have time off at home you couldn’t get me out for love nor money. Give me the X Factor and Strictly on the TV on a Saturday night and I’m happy.”

When the conversation turned to regrets, and if she had any – professionally or otherwise – Deirdre offered a wonderful insight into her way of thinking; advice we could all do well to follow.

“I don’t do regrets. It’s just not a good idea,” she said. “My mantra is ‘keep going.’ While the temptation to do less and stop can be unbelievable at times, just keep going I say.”

• Deirdre will perform her latest comedy show ‘A Line of O’Kane’ at Tralee’s Siamsa Tíre in early Spring, keep an eye out
for details.