Ballyseedy beat the winter blues with their Heat At Home boxes.

How does a self- described ‘naïve 22-year-old’ come to be called ‘Mama’ by the abandoned children of Tanzania? The award- winning and uplifting documentary ‘Kilimanjaro Mama’ invites audiences into the inspiring world of Kerry woman Louise Quill and documents her unrelenting passion and determination to give the children of Tanzania the best possible chance in life. 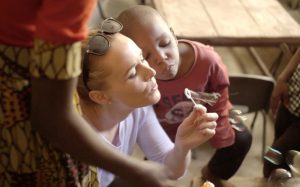 Mahatma Gandhi once said, ‘be the change you want to see in the world’. This 60 minute feature length documentary brings these words to life and illustrates that one person really can make a difference.

Following a successful film festival circuit, the creators of the award -winning feature documentary ‘Kilimanjaro Mama’ have announced that the world premiere for public viewing will be launched on You Tube, November 20th at 8pm. The film has received critical acclaim at numerous International Film Festivals in Ireland, USA and Canada and has picked up the award for best feature film at last year’s Kerry International Film Festival.

Louise Quill shares her heart breaking, human and inspirational story of why she set up the Tír na nÓg Orphanage and school in Tanzania in 2006, what drives her, the impact it has had on her own health and well- being and the sacrifices she has made in her own life to ensure that these children can realise their own hopes and dreams. 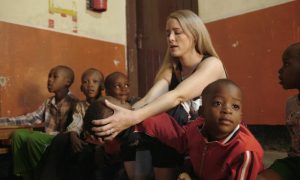 Louise’s mother, Carmel, features heavily in the documentary. She expresses both concern and hints of disappointment at the life her daughter has chosen. She speaks about wishing Louise would have her own children and remain in Ireland full- time.

When explaining her reasons for taking on such a task, it is simple to Louise ‘nobody has ever given these children 100% of anything, I want to give them 100% of myself’.

Documenting the journey from Tralee to Tanzania, this is how Louise became their ‘Kilimanjaro Mama’.

‘Kilimanjaro Mama’ is directed by Malcolm Willis from Icy Peaks Media and produced by Brian Hurley from Big Handsome Media.

Ballyseedy beat the winter blues with their Heat At Home boxes.