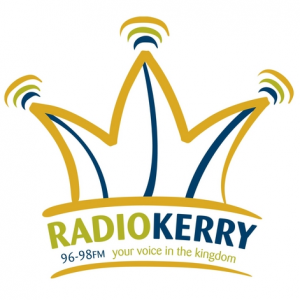 Radio Kerry is delighted to announce that eight groups and individuals have been recognised as the Fexco Kerry Heroes of 2021. Jerry O Sullivan spoke to each of the award winners on Kerry Today earlier today.

Over 50 nominations were received for this year’s awards, all deserving of recognition in their own right, which made the decisions even more difficult for the panel who were asked to choose the eight award winners.

Each award recipient will be presented with a specially created 2021 award of a handcrafted vase sponsored by Louis Mulcahy Pottery/Potadóireacht na Caolóige, Clogher, Ballyferriter.

The eight award winners** are

Brid O Connor – a recent interviewee of Ian O Connell on his Standing Out programme Brid O Connor is a breast cancer survivor who lost her mother to the same disease. She has written Spark – a beautiful collection of conversations with people who have suffered pain, loss and life altering events and have had the strength to reset their lives following these trials

Aperee Living Camp (formally Ocean View nursing home) in Camp – The staff and residents at Aperee have been nominated for all they have done to protect and enhance the lives through the pandemic and the last 12 months. The residents for the resilience they have shown not being able to see friends and family for long stretches of time but came through it all smiling– Like many in nursing homes across the county both staff and residents deserve the recognition.

John Naughton – John Naughton was nominated by the staff of the Presentation Secondary School Castleisland – John is the caretaker – one of lifes gentlemen he goes above and beyond the call regularly and helps in all sorts of ways everyone in the school community – always with a smile – he represents according to the nomination someone who has taken on extra workload and challenges due to the pandemic – like in many of our schools across the county who have had to rise to the difficult challenges that the past 12 months have brought about.

Postmen and Women of Kerry – For their incredible work over the course of the pandemic – nominated by Con Dennehy ‘’the postmen and women of kerry delivered a quality personal service to all. Along with the post they brought groceries, picked up medicines, the parish newsletter from churches, and fuel from the nearest shop to people in isolation in tough times’ 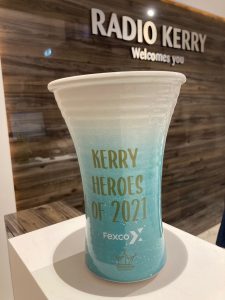 Martha Farrell – Martha is a founding director of Maharees Conservation Association and has led it from its inception to be a nationally recognised leader on coastal protection and conservation issues. She brought together over twenty coastal communities nationwide all experiencing similar challenges to Maharees and championed their issues at a national and government level .

St Johns Church Tralee– representing all churches and religious groups – Nominated by a parishioner the staff clergy and volunteers of StJohns Tralee faced and met all challenges including saying mass to empty churches, managing numbers safely and providing hope in the real as well as the online word for people of faith.

James O Donoghue – representing all shopkeepers who went above and beyond – James of Oaklands Daybreak in Oakpark Tralee did so much for people in the area from a shop that is an institution in the area, working right throughout several lockdowns and providing a link with those elderly people in the area for that was a lifeline from the paper and scones in the morning to hot dinners in the evenings as well as essential supplies.

Huge Thanks and Christmas Wishes From Rose and Family