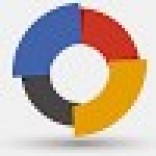 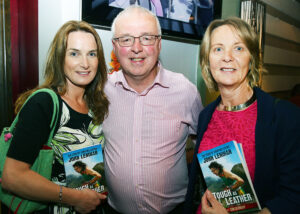 More than 500 people attended the Kerry launch of a new book, ‘Tough as Leather’, which focuses on the life and success of Kerry athlete and former World Mountain running champion John Lenihan from Ballymacelligott. We in Connect were delighted to be invited to attend and to support our good friend Con.

The book, written by award winning Currow journalist Con Dennehy, was launched in Gallys Restaurant Tralee recently by Cork adventurer Clare O’Leary who has just returned from an expedition in Greenland. The MC for the night was Weeshie Fogarty from Radio Kerry. Guests at gala event, hosted by Gallys, included the former Archbishop of Cashel Dermot Clifford, Michael Healy Rae TD, Tom Fleming TD, Mayor of Killarney John Joe Culloty and a host of media personnel were in attendance to capture the event.

“The response to the book had been phenomenal. The launch was a magical occasion with guests from all over Ireland attending. The book, tracing Johns sporting and personal life, will ensure his achievements will be acknowledged into the future and his name preserved in the folklore of Kerry and Irish sport,” said Con Dennehy.

The 220 page book has more than 190 dramatic photographs and was designed by Ballymacelligott graphic designer Lily Lenihan.

The Dublin launch of the book takes place at the end of the month. It’s a definite for the bookshelf in any house so make sure to pick up your copy today.

Julett preparing to represent Kerry in Rose of Tralee