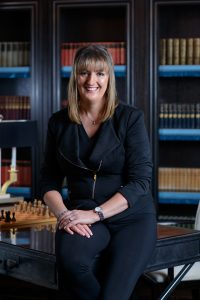 Back in 2018, a trip to the ancient well of Archangel Michael in Ballinskelligs changed Michelle Keane’s life forever. Up until then, she had been happily running her successful interior design business, attracting praise for her understated yet opulent style and she was known as a stockist of unique, luxurious fabrics. Her professional life was good, and her family life (husband Keith and two young children) seemed idyllic. But then came her unexpected epiphany.

“I was on a day-trip to Ballinskelligs to get some holy water from the well and that’s what started it all off. My friend called over to me one evening, she’s a clairvoyant, and she asked about the water and then she started channelling it, telling me it had special powers and that I needed to take what she was saying seriously. I was shocked but soon afterwards, I began to have visions and my ancestors came to me in my dreams telling me that I had springs under my house and that I had to release the water.”

Most people might shrug off such dreams, but Michelle was deeply affected by her visions and embarked on a strange and wonderful journey. Could it really be possible that there was an undiscovered source of miraculous water hidden in her garden? Did her long-dead ancestors really want her to dig for it?

“I felt I had finally found my life’s purpose. As a child, I always picked up on energies. Over a period of twenty-four months, I saw visions and angels, received messages from my ancestors and met divine people who helped me on my path.” 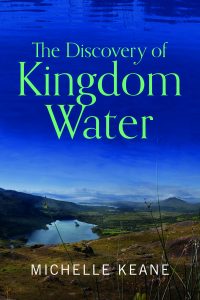 Michelle’s path has not been an easy one by any means. It’s taken a lot of energy, determination, and money, but Michelle stuck tenaciously with it, trusting her own instincts every step of the way. She embarked on a trip to India where she travelled through the Himalayas, stopping off to visit Baba Kneem Karoli’s Ashram in Kainchi Dham, a famous spiritual hermitage, as she hoped to receive a blessing for her new endeavour. And she did. Michelle eventually discovered seven ancient wells on her land in knocknagoshel; an old and long-forgotten source of pure fresh drinking water with over 66 minerals, now brought forth and branded as Kingdom Water.

“It was all so extraordinary. I knew I had to document my journey, so I kept a diary filling it with events and visions, starting with that first fateful trip to Ballinskelligs.”

The diary has now become a book, The Discovery of Kingdom Water, Michelle’s account of her deeply spiritual and inspiring journey.

“I have released the water, as my Ancestors and the angels directed me to do. My bit is done, it’s time for the next stage to begin. I believes that this water will reach many people and will bless many lives and I am really looking forward to the next chapter of the miraculous journey of KINGDOM WATER.”

For more information and to obtain a copy of the book, go to https://kingdomwater.ie/