He is fast becoming one of Ireland’s biggest global musical exports, but despite his phenomenal rise to fame, singer songwriter Gavin James insists that simplicity is always his goal. 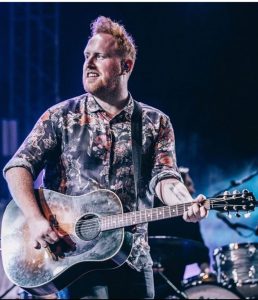 Arena – Gavin tells Connect that he knew from a young age that a career in music was all he wanted.

“A normal job was not for me. I worked at a solicitor’s office for three months and spent most of it staring at Facebook,” 28-year-old Gavin admits. “I was not great at school, so when I got to fourth, fifth and sixth year I stopped going. I used to get on my bike and cycle to Walton’s music shop in Dublin instead. I had no other plans.”

Born and bred in Dublin, Gavin says that he remembers being in locals pubs from the age of 13 and says it was there that he learned how to sing. And while his stunning music has now had over a billion global steams and he has supported such high profile acts as Sam Smyth, Niall Horan and Ed Sheeran, Gavin says his incredible rise to fame certainly did not happen overnight.

“I started playing in bands and started doing pub gigs in Temple Bar seven nights a week for about five years, and I was busking too. I added a few of my own songs and amazingly people started listening,” Gavin tells Connect. “I learned how to write from doing cover gigs, because when you play three hours’ worth of top 40 hits and Irish ballads and classics, your brain develops a knowledge of where to go when you write a song yourself.

“I finally met my manager and started to do my own headline shows. It took a long time, but if there were 10 people at a gig, 40 came to the next one, and so on. Another five years later and thousands of miles travelled around the world, I’m selling out shows in countries I never thought I would have ever got to. I would have been happy to spend the rest of my life doing pub gigs in Temple Bar, but musically it wasn’t changing so I started doing open mic nights up and down the country – and things took off from there.” 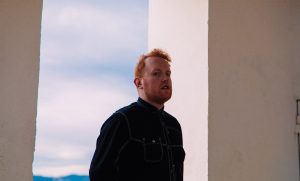 While Gavin grew up listening to everyone from Nirvana and The Beatles to Bob Dylan and Van Halen, he continues to draw very much on his own life experiences when writing. Everything from love to not fitting in, to his own personal experience of bullying have formed the basis of some of his most successful hits. Again, it’s all about simplicity for Gavin.

“I have always loved song. Nirvana had great songs. Oasis had great songs. The Beatles had the greatest songs of all. And I don’t see a huge difference between the best rock bands and a pop artist, because they all have an ability to come up with songs that are simple without being boring. Simplicity is the goal.”

He says he loves to write melodies that sound like they have always existed, but yet are entirely new – combined with lyrics that touch on familiar subjects ‘in ways that make them fresh all over again.’

For example, his hit song Always – which was written about a temporary breakup from his (current) girlfriend – is his favourite, he says, and was inspired by none other than musical genius Elton John.

“Always is my favourite song because the words are broad enough to be about someone who has passed or someone you have split up with, and the melody is incredibly simple. I was listening to

Elton John’s ‘Your Song’ and thinking how I wish I’d thought of it. Then it took me ten minutes to put four chords together, and I had Always.”

Another song which has hit a chord with so many fans, is 22 – a powerful ballad on what it is like to be bullied.

“Kids come up to me at shows, thanking me for writing 22, and they’re the same age as me when I was getting bullied,” he says. “I wrote 22 so that people can understand what it is like, because if someone like Bruce Springsteen had written a song about the terrible time he had at school it would have helped me get through it,” Gavin says.

In recent years, James has enjoyed an incredible rise to fame, forming working and personal relationships and friendships with some of the worlds’ biggest stars including Sam Smyth, Niall Horan, James Cordon and even Ed Sheeran. 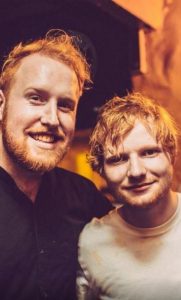 Gavin first met Ed in 2015 in Dublin hotspot Whelan’s, but interestingly they got to know each other a little better during a lock-in at Doyle’s – home to legendary acoustic music club the Ruby Sessions, where Ed Sheeran sat in on Gavin’s set.

“At the lock in we were sharing songs, drinking whisky and getting hammered,” Gavin recalls. “Ed’s a lovely fella and the furthest away from being a lazy songwriter. I learned from him by seeing the amount of work he puts in. He’ll write 300 songs to get to ten he’s pleased with.”

Soon after their Dublin soiree, Ed invited Gavin to be a support act at his Croke Park stadium gig in front of 80,000 people.

But despite clocking up over 100 million You Tube views and 10 million Shazam tags, Gavin remains extremely grounded and still loves to perform here at home. He even admits that despite all the fame, he still gets nervous heading out on stage and he can often feel lonely.

“I still get nervous before any gig, big or small, it’s just part of my ritual,” he says. “And the hardest part is being away from my family and friends – so I’m really enjoying being home these last few months. “

Speaking of being at home, Gavin is set to return to Killarney’s INEC on

August  8 for a very unique Drive-In gig as part of a mini tour around Ireland. With all live performances ground to a halt due to Covid 19, Gavin believes that this is an interesting way for artists to ‘keep a foot in the door’ during what has been an extremely challenging time for the music industry

“The Drive-In tour is going to be different. It’s obviously going to be different to having people right in front of me, so instead of getting people to sing along I’ll be getting them to beep their horns and stuff. I think the first one will either be the best new thing ever, or a bit of a rapid learning curve” Gavin tells Connect. 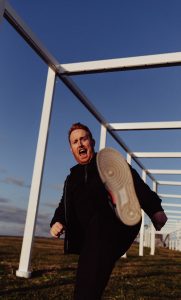 “Gigs will be part of our lives again – cinema, festivals etc – it’ll all be grand eventually, but for me right now, this seems like the only viable way for the industry to keep a foot in the door and start up slowly. I don’t think people understand that it’s thousands of people that can’t work at the moment in the live events industry, so I hope the drive in will help get things started.”

As for coming back to perform for his Kerry fans in Killarney next month, Gavin says he can’t wait.

“I love playing the INEC – what a great arena. The team and staff there are amazing and the audience is always up for the craic,” he says

Right now, Gavin is currently enjoying yet even more amazing success with his latest single ‘Boxes’, in which he berates the old traditional Catholic approach to dealing with things. The main aim of the song, however, is to plead with people to never to give up and to follow their dreams – just like he did!

“I went to an all boys’ school in Dublin where, if you wore the wrong shoes, you had to walk around in slippers all day,” he explains. “I was a bit mad at school. I wouldn’t even try a little bit, and for years I had people saying I couldn’t do anything – that it was too hard to make it in music and that I shouldn’t try. The message of this song is to not listen to anybody. Just listen to yourself and follow your dream.”