Real Weddings Real People – The Wedding of Sean and Jo – Saying I Do again..

Kerry International Film Festival (KIFF) celebrated its 22nd Edition over this past weekend, 14 -17 October 2021. This year KIFF presented a blended festival that included 15 physical events and 30 online screenings and the KIFF team was overwhelmed with the level of interest and support they received over the four days of the festival.

KIFF has gone from strength to strength over the past 12 months and they recently generated the largest number of film submissions in the festival’s history to date. Additionally, KIFF 2021 was the first year back to presenting physical events after going exclusively online last year due to covid restrictions. KIFF were delighted to see a significant increase in both national and international engagement and participants included headline sponsors Kerry Airport, as well as a wealth of local businesses and representatives from Kerry County Council and Screen Kerry.

Sponsors, filmmakers, supporters, actors, and film buffs travelled from near and far to County Kerry in celebration of KIFF 2021 for what was truly a spectacular event and one that exceeded KIFF’s expectations. Audiences were treated to a variety of screenings in Cinema Killarney as well as virtually online, and KIFF 2021 events included the opening night celebration in Randles Hotel Killarney, the IFTA Networking event in The Plaza Hotel Killarney, the awards ceremony in J.M. Reidy’s and the closing screening FOSCADH (Shelter) being showcased in Siamsa Tíre Tralee.

Speaking about the success of KIFF 2021, Director Eibh Collins said: ‘We are overjoyed to have been able to return to Killarney and Tralee with KIFF this year through our hybrid (online and physical) festival. It has been terrific to see filmmakers, audiences from Kerry, Ireland and even further afield, sponsors, and local businesses coming together to support the festival and to celebrate the power of cinema to connect people, either virtually or in person.’

A highlight of KIFF 2021 was the announcement of the Maureen O’Hara Award winner, Kathleen Kennedy. Kennedy is an eight-time Academy Award-nominated film producer and president of Lucasfilm (ET: The Extra Terrestrial, Indiana Jones, Star Wars). Kennedy also oversaw the rebirth of the Star Wars Universe including the most recent trilogy which showcased Kerry to legions of film fans the world over. KIFF presented this award online via a special ‘In Conversation’ interview with Kennedy, hosted by producer Rebecca O’ Flanagan (Smother, Handsome Devil). This is currently available on www.kerryfilmfestival.com until 24 October 2021.

Another important highlight of KIFF 2021 was the Irish Film and Television Academy (IFTA) networking evening which took place at The Plaza Hotel Killarney on Friday, 15 October. This event was a huge success and brought together a wealth of industry talent including producers, directors, actors, and film enthusiasts. Hosted by CEO of IFTA, Áine Moriarty, the event outlined the plans that are taking place to showcase Kerry as one of Irelands most spectacular filming locations for international and Irish productions and opportunities for new film business in the future. Áine Moriarty said “The Film industry in Ireland is growing exponentially and Kerry has the ability to attract a substantial part of this business into the country and we can all work together to make this happen”. The event included speeches by Chief Executive of Kerry County Council Moira Murrell and Kerry Arts Officer Kate Kennelly. Siobhán O’ Sullivan, Screen Kerry, also gave an exciting update on the film industry in Kerry and its future. Additionally, Director and Film Editor, Emer Reynolds, whose most recent project ‘Joyride’ was filmed in County Kerry, also spoke about her experience of filming in Kerry and the wealth of opportunities for filming throughout the Kingdom general.

The KIFF 2021 Awards Ceremony took place on Sunday, 16 October in J.M. Reidy’s Killarney. The ceremony celebrated all aspects of film making and the awards were presented to a number of outstanding film makers, directors, script writers and producers (full KIFF 2021 Awards listed below).

KIFF 2021 also saw the introduction of the Taking Flight Award, sponsored by Kerry Airport, an award that celebrates emerging talent in film. Speaking at the KIFF 2021 awards ceremony. CEO of Kerry Airport, John Mulhern, said: ‘It is a great honour for Kerry Airport Ireland to be a part of KIFF 2021 and to present the inaugural Taking Flight Award. The festival programme demonstrates that not only the industry here in Ireland is emerging with great gusto from the pandemic, but it has in fact grown to new unprecedented heights. Fledgling talent, the next generation, are so important to future success and it is right that they are recognised and encouraged through this award. Praise also to the organisinig committee for yet another fantastic festival despite the obvious hurdles. In fact, I’d say, with maybe a tiny hint of bias, the festival is ‘best in class’’

A key aspect of KIFF is the presentation of the TRUA Award and this years recipient is producer Zlata Filipović. Presenting the award, scriptwriter and KIFF Board member Ailbhe Keoghan said: ‘Producer Zlata Filipović is a truly worthy recipient of the 2021 Trua Award which celebrates compassionate filmmaking that inspires positive change. Zlata’s work promotes respect and tolerance in a complex world, often giving voice to those on the margins. One of her latest projects, ARMOUR OFF, a dance film commissioned by Croi Glan Integrated Dance Company and capturing the singular spirit of dancer Linda Fearon, featured in the All Abilities strand of the KIFF programme.’

Due to the immense success of KIFF 2021, the festival Board and team are looking forward to presenting a blended festival again next year. The engagement with a wider online audience has only helped to boost KIFF and to broaden its reach both nationally and internationally. KIFF is also looking forward to presenting more exciting events in 2022, covid restrictions permitting, as live events are the grass roots of the festival with audience interaction and physical screenings being at the very core of the festival since its commencement.

KIFF 2021 are immensely grateful to their funding partners, sponsors and supporters, without whom they could not have presented such a dynamic festival this year. KIFF are privileged to be working alongside phenomenal partners such as the headline sponsor Kerry Airport as well as their key partners that include The Arts Council, Kerry County Council, The Irish Film and Television Academy (IFTA), Randles Hotel Killarney, RTÉ Supporting the Arts, The Plaza Hotel Killarney, Tower Records, Kerry Broadband, J.M. Reidy’s as well as a wealth of local Kerry businesses. 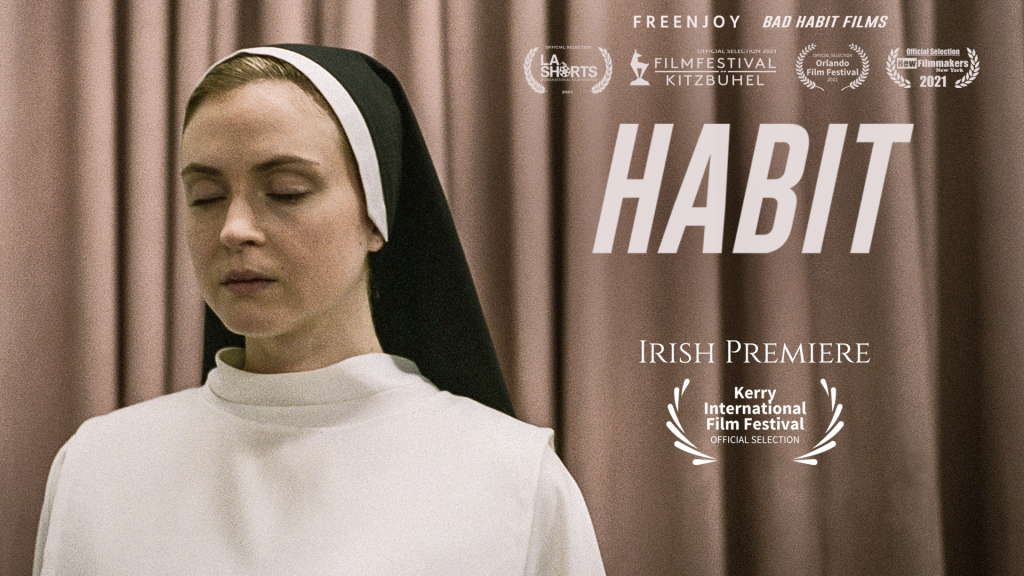 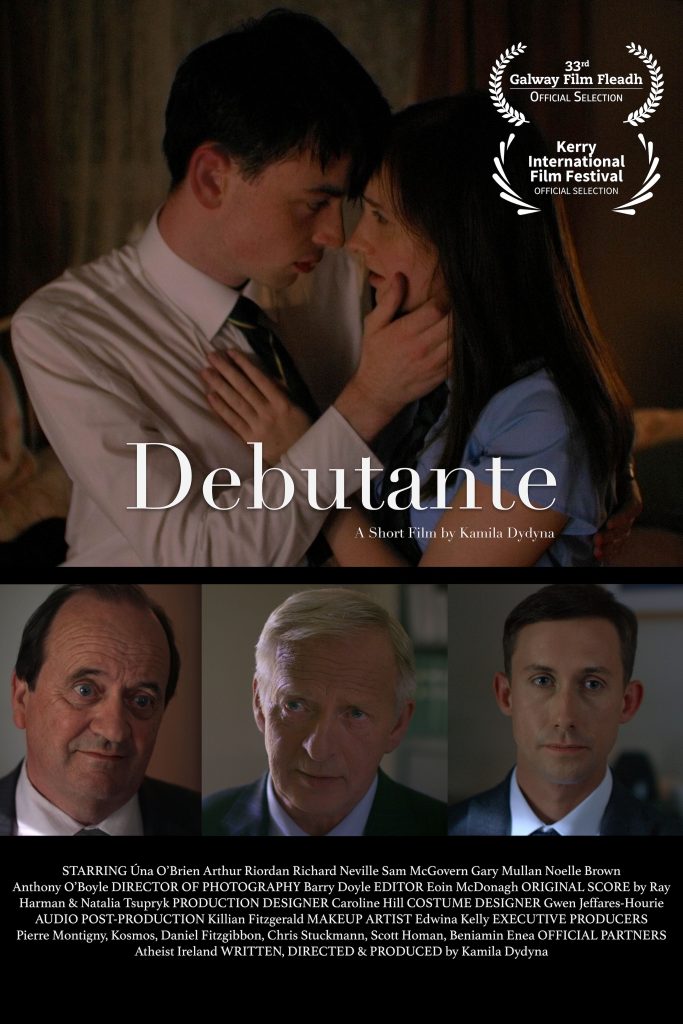 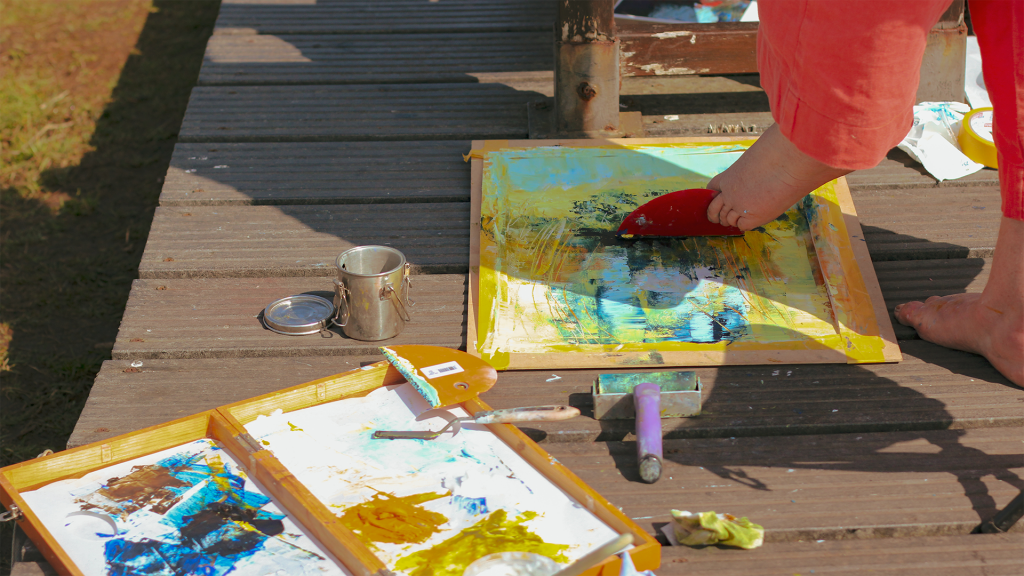 BEST STUDENT SHORT supported by SCREEN IRELAND – Another Day in 98 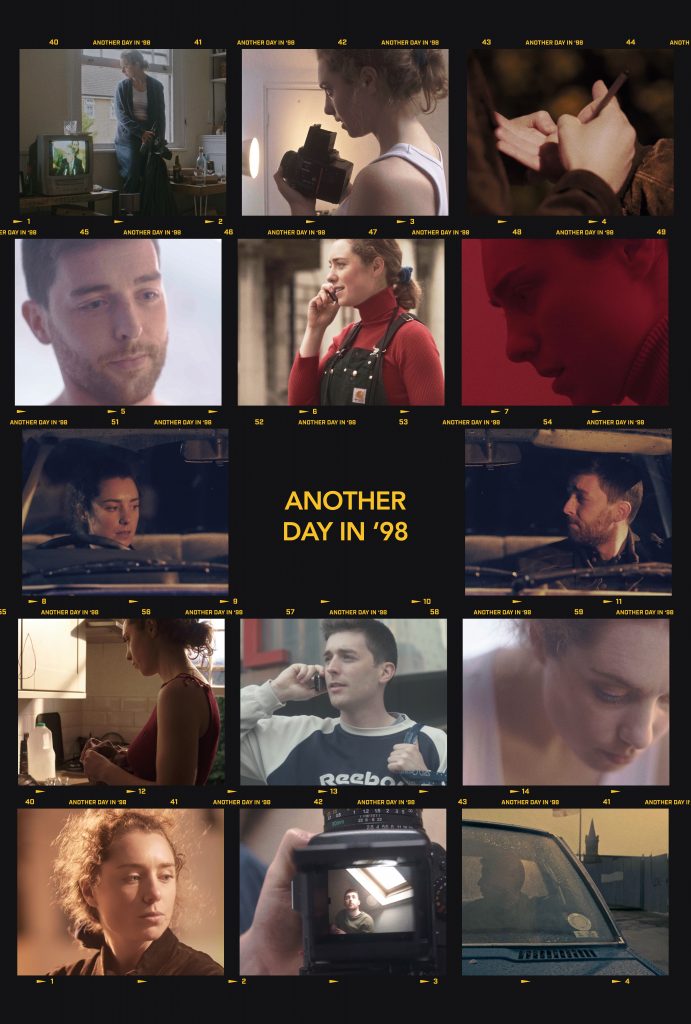 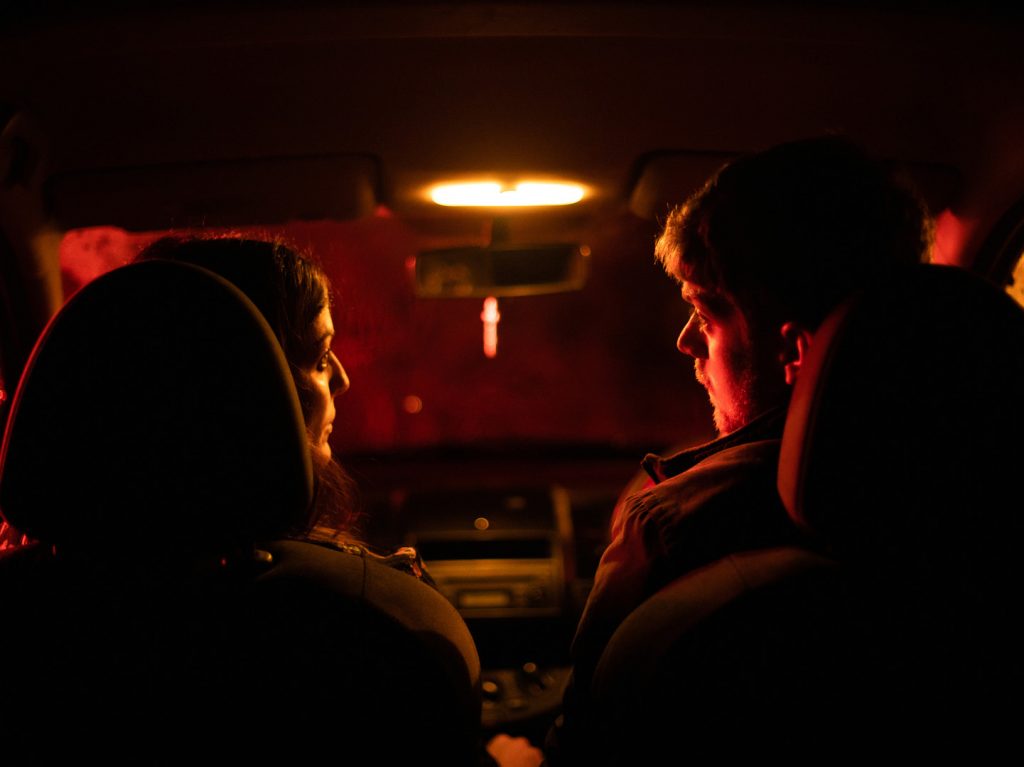 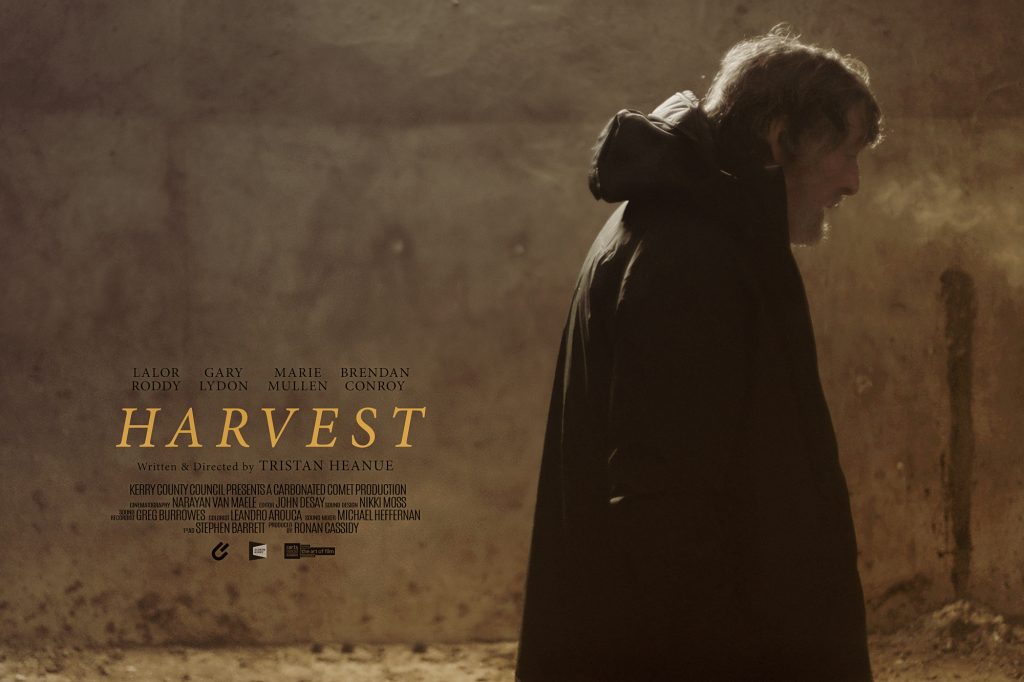 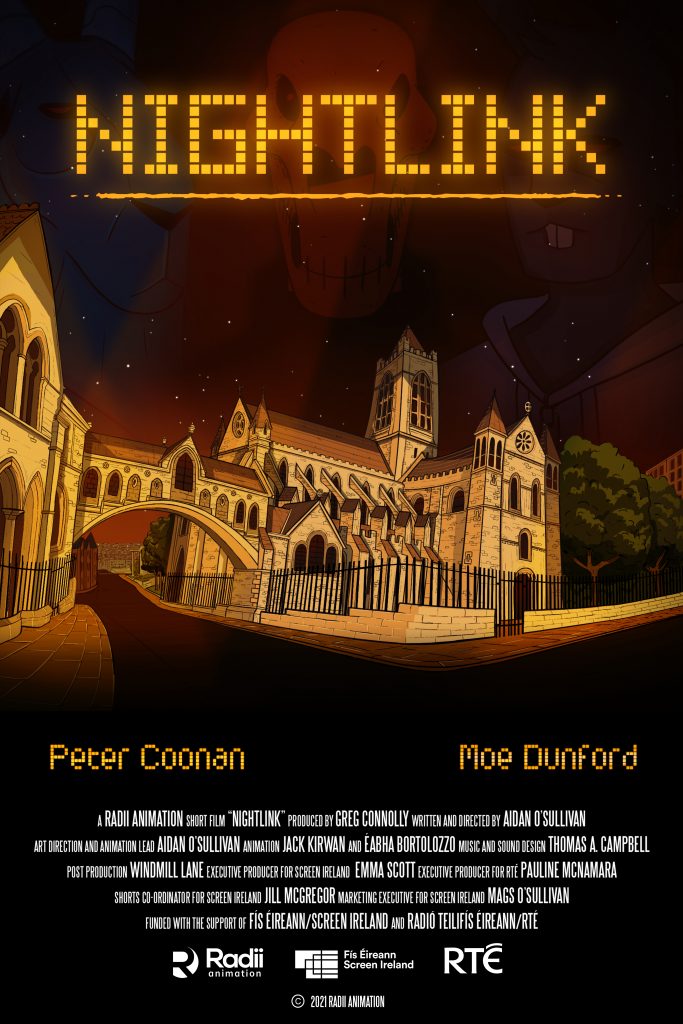 BEST NARRATIVE FEATURE – Who We Love 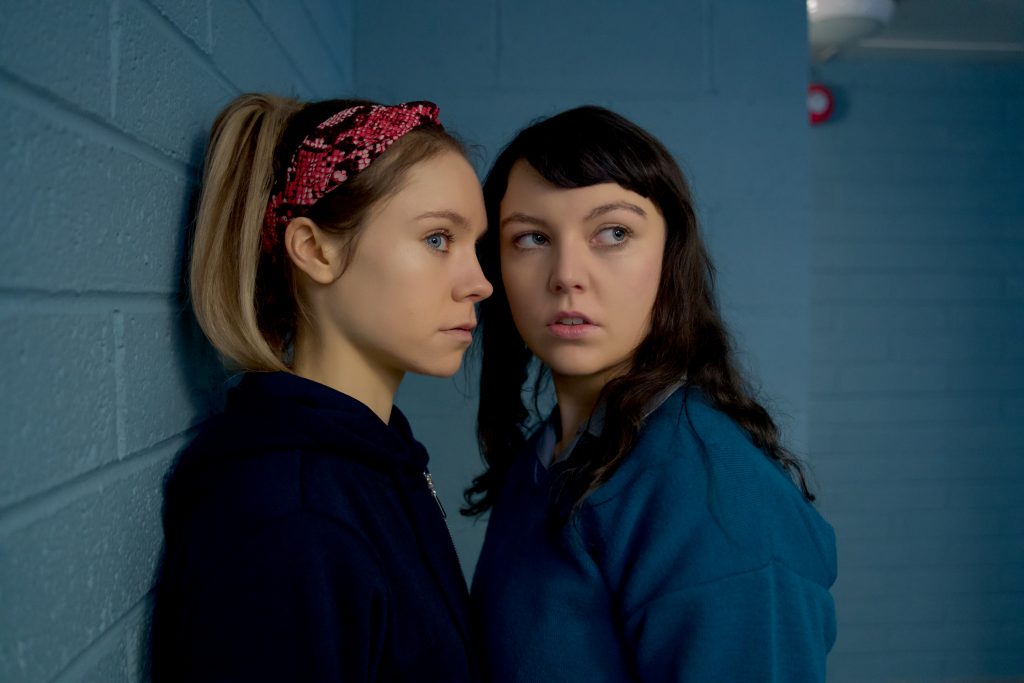 BEST DOCUMENTARY FEATURE – Only I Can Hear 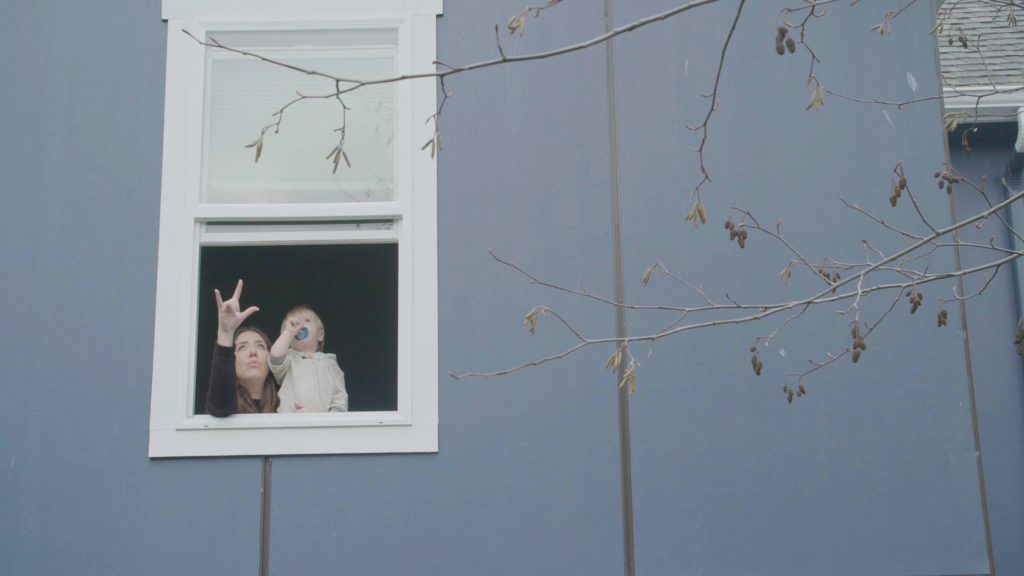 — Sam Killian for SO LONG, DOG. 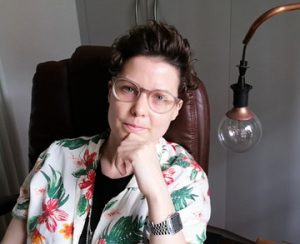 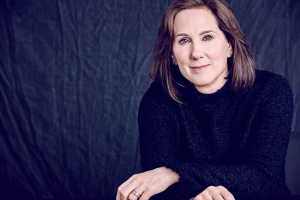 Real Weddings Real People – The Wedding of Sean and Jo – Saying I Do again..